'This is the future if you don’t like the taste of politics any more.'

ENTERTAINMENT NEWS - Steve Hofmeyr was one of the first to taste Boer Bier’s new Boer Cola to be launched on Youth Day and says this is the future if you don’t like the taste of politics any more.

Taking charge in promoting one of the lockdown-inspired Boer Bier’s latest products, Steve Hofmeyr says Boer Cola is like nectar for the soul.

In preparation for the official launch and sale of the cola in a can, Hofmeyr shared a video on Instagram on Monday boasting that he got to taste one of the very first Boer Colas as it came out of production.

In the video – his hair carefully covered with a net and production in full swing in the background – he says that he has already drunk the cola halfway as it tastes so good. He then adds that he can’t wait to mix it with a brandy. On Facebook he describes the taste as “good, sweet and clean”.

“This is the future if you don’t like the taste of politics any more,” says Hofmeyr.

Never one to steer away from politics he took to Twitter saying: “Sharing a Tweet from Boer Cola’s Twitter feed, he spurs things up a bit by challenging CocaCola with a Tweet that reads: “Be less white? Ok @CocaCola we made our can black, your move.” 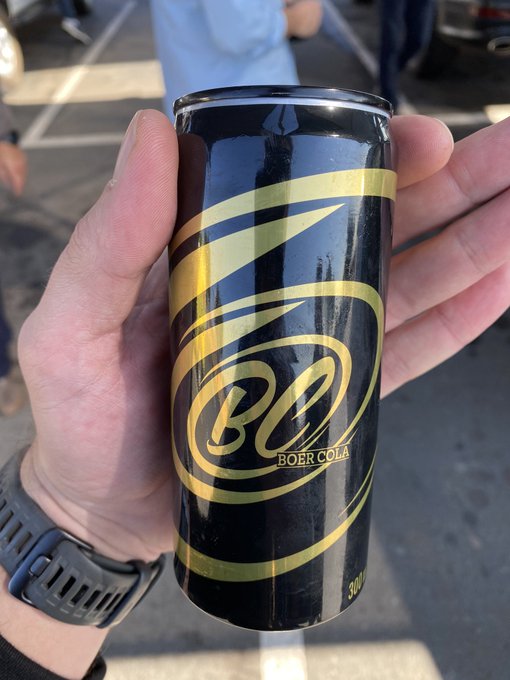 Boer Bier was started just after the national Covid-19 lockdown in 2020 and it was after the second alcohol ban that things took flight. At first, the company sold home brewing kits for those who wanted to make their own beer.

Today it sells apparel, beer and now also cola. Owner Daan Barnard says that the idea of cola production started as a joke, but it quickly became reality and now even Steve Hofmeyr is eagerly promoting Boer Cola.