From Kane to Benzema: Six strikers to watch at Euro 2020

Belgium are the world's top-ranked team and are leading contenders to win a first major tournament, three years after finishing third at the World Cup in Russia.

Harry Kane will lead England's attack amid ongoing uncertainty about his future as a Tottenham Hotspur player.

FOOTBALL NEWS - The delayed Euro 2020 kicks off this Friday, June 11 with Cristiano Ronaldo's Portugal aiming to defend the title they won in France in 2016.

AFP Sport selects six of the hottest strikers to look out for over the next month:

Romelu Lukaku
Belgium are the world's top-ranked team and are leading contenders to win a first major tournament, three years after finishing third at the World Cup in Russia. Their hopes will depend to a large extent on the fitness and form of Kevin De Bruyne and Eden Hazard, but they will need Lukaku to put the ball in the net. 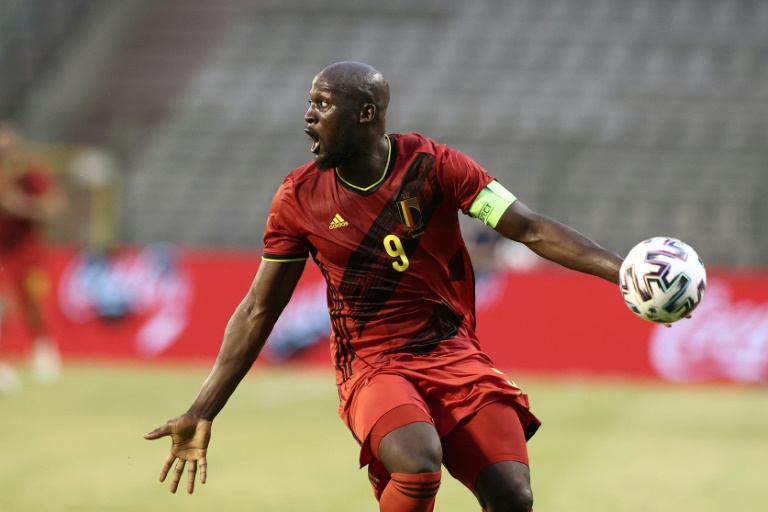 Having made his senior debut aged 16 for Anderlecht, it feels like Lukaku has been around forever. Now 28, he is in the form of his life, fresh from scoring 30 goals in all competitions for Inter Milan, including 24 in their run to the Serie A title.

He is Belgium's record goal-scorer with 60 in 93 appearances for his country, including four at the 2018 World Cup and seven in just five appearances in Euro qualifying.

Cristiano Ronaldo
Ronaldo is 36 now, so this could be his penultimate appearance at a major international tournament. His role in Portugal's Euro 2016 triumph was actually limited - he scored just three goals, albeit including the opener in the semi-final against Wales, and he came off injured in the first half of the final against France. 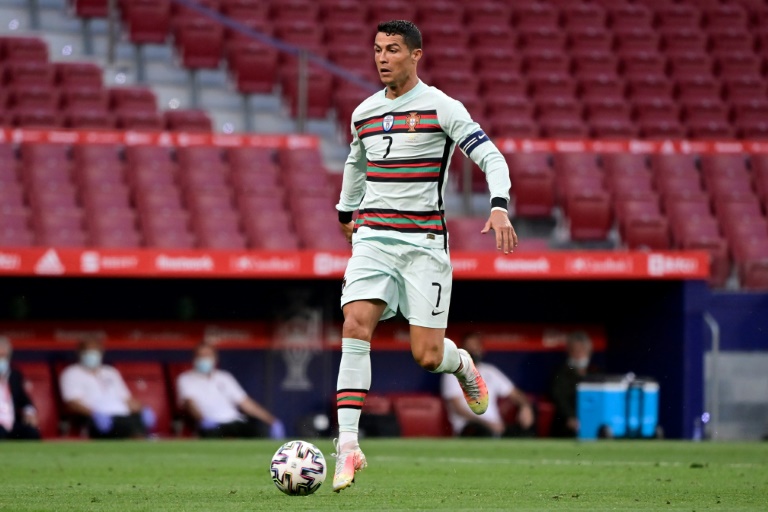 Ronaldo's importance to Portugal may not be what it once was either given the wealth of talent spread throughout their team. However, he is still coming off a season in which he scored 36 goals for Juventus, and the Portugal skipper is now eyeing the all-time international scoring record of 109 held by Iran's Ali Daei - Ronaldo is currently just six shy of that figure.

Harry Kane
Kane's build-up to the Euro has been overshadowed by the uncertainty surrounding his future at club level after he indicated last month that it might be time for him to leave Tottenham Hotspur. However, the 27-year-old England captain will need to put that to the back of his mind to focus on Euro 2020 as he prepares to lead Gareth Southgate's attack.

The top scorer at the 2018 World Cup with six goals, Kane went on to score 12 times in Euro qualifying and was the top scorer in the Premier League in the season just finished with 23 goals, despite playing in an underperforming Spurs team.

Given the qualify of players around him creating the chances, it could be another prolific summer for Kane. 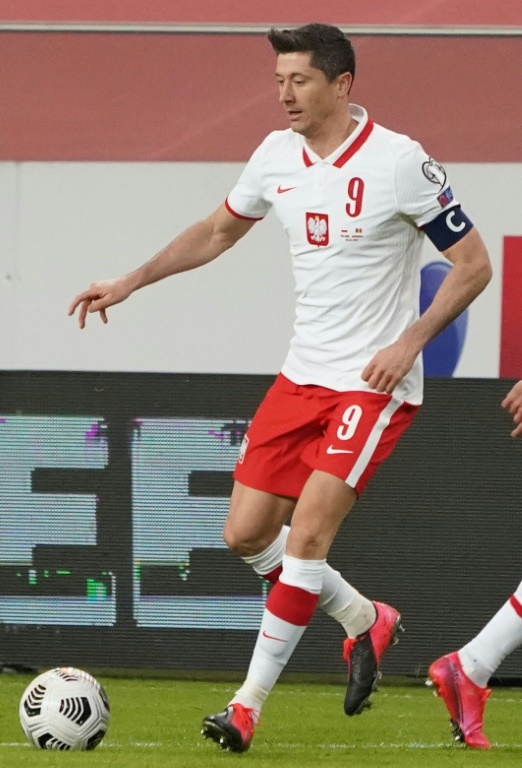 Robert Lewandowski is fresh from scoring 41 goals in the Bundesliga season for Bayern Munich.

At 32, Lewandowski is at the peak of his powers, fresh from breaking Gerd Mueller's long-standing record for the most goals in a Bundesliga season as he netted 41 times in 29 appearances for Bayern Munich.

Had the Ballon d'Or been awarded last year, Lewandowski would have been a worthy winner. His chances of winning it this year probably depend on how he performs at the Euro for Poland, and Lewandowski has not done well at recent major tournaments - he netted just once at Euro 2016 and not at all as his country limped out of the last World Cup in the group stage.

Spain do not boast the star-studded squad of years past but there is no shortage of talent at Luis Enrique's disposal and the man to look out for in attack is Moreno, the 29-year-old fresh from scoring 23 goals in La Liga, a tally bettered only by Lionel Messi.

The former Espanyol marksman also netted seven times in the Europa League and scored in the penalty shoot-out in the final as Villarreal beat Manchester United. A late bloomer, Moreno only made his debut for Spain in the qualifying campaign for the Euro under former coach Robert Moreno. 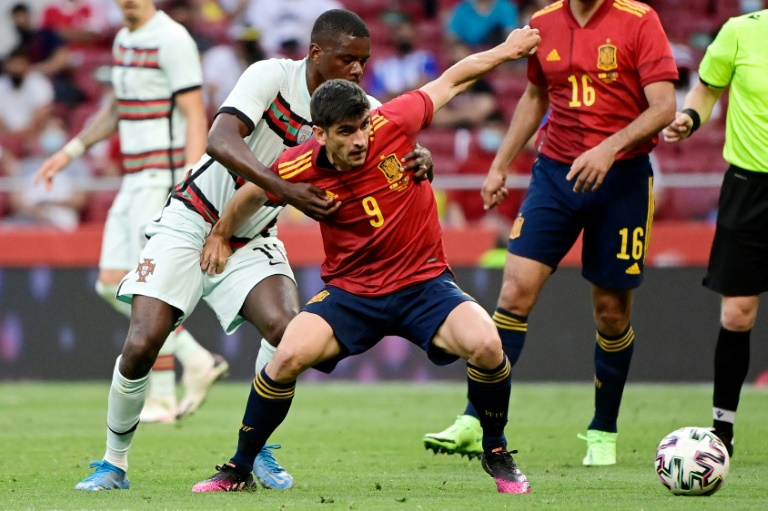 Gerard Moreno starred in the Villarreal team that won the Europa League.

The return of Benzema to the France squad was sensational news, the Real Madrid striker ending five and a half years in the international wilderness. He had not played for his country since a blackmail scandal over a sextape involving his former teammate Mathieu Valbuena broke in 2015. 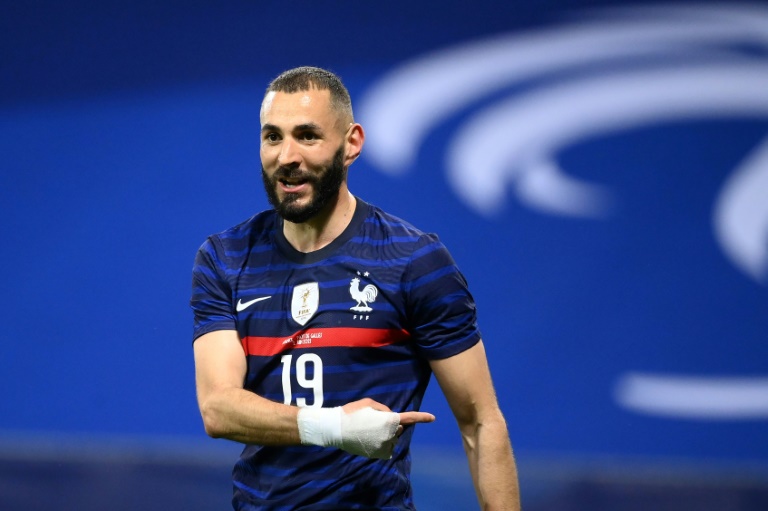 Karim Benzema is back in the France squad after five and a half years in the international wilderness.

His hopes of a recall seemed to recede in January, when French prosecutors said they had decided to send Benzema and four others for trial. However, coach Didier Deschamps could no longer ignore Benzema's form after a season in which he scored 30 goals for his club. His addition further strengthens an already fearsome France side.

No, not sure about it