A 32-year-old man was sentenced for his involvement in dog-fighting activities, illegal hunting with dogs, illegal possession of wild animals and further cruelty towards animals.

One of the 20 dogs that were rescued. Photo: NSPCA

NATIONAL NEWS - The National Council of Societies for the Prevention of Cruelty to Animals (NSPCA) says involvement in the criminal activity of dog-fighting and illegal hunting with dogs is an ever-increasing crime throughout South Africa.

Review spoke to the NSPCA’s public relations officer, Keshvi Nair, following the sentencing of Madiba Hofney Maluleka (32) for what the NSPCA labelled a “first case of this nature in the province”.

Maluleka was arrested in April 2019 for his involvement in dog-fighting activities, illegal hunting with dogs, illegal possession of wild animals and other cruelty towards animals.

According to a statement by Nair, the NSPCA’s Special Investigations Unit rescued 20 dogs, three tortoises and two pigs from a property in Freedom Park, Modimolle at the time.

“The unit received a tip-off about suspected dog-fighting and wild pig baiting activities being carried out with pitbull terriers. The NSPCA apprehended the accused, rescued the dogs, laid the charges, testified in the trial and followed the prosecution to its sentencing,” she added.

Maluleka appeared in the Modimolle Court on Friday, June 11.

She said the 12 charges included possessing and breeding dogs to fight other animals, allowing dogs used for fighting other animals to be kept on his property, ill-treating and neglecting his animals, maiming his animals by cutting off their ears, chaining and confining them, underfeeding and denying water to his animals, denying them medical care, provoking any animal to attack another animal for his premeditative abuse and not taking any action to prevent the suffering of his animals and the illegal possession of wild animals in conditions leading to their suffering.

“Honorable Magistrate Ingrid Mokwena found him guilty of all 12 counts against him of contravening the Animals Protection Act and the Limpopo Nature Conservation Ordinances. He was sentenced to five years’ imprisonment or ordered to pay a fine of R20 000. The accused was also deprived of the right to own or have animals under his control in the future,” Nair added. 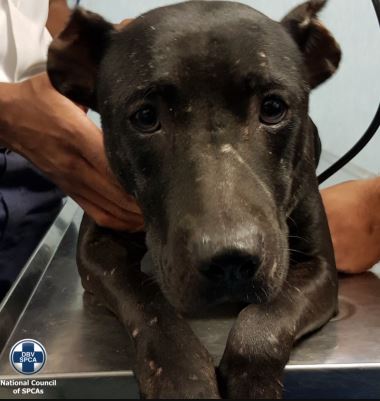 She said some of the dogs had to be euthanised due to the extent of their injuries, but many others were successfully adopted into loving homes.

Mokwena stated during judgment that the state had proven that the accused had, for his own purposes, abused animals, maimed them, used them for dogfighting and illegal wild pig hunting.

“The state witnesses included inspectors of the Special Investigations Unit and specialist veterinarians. Inspector Ayanda Ngcofe-Carelse recounted how the horrific injuries and scars on the dogs had painted a picture of what the dogs had to endure in their lives and the terrible conditions that all the animals on the property lived under.

"The testimonies of two veterinarians further spoke to the suffering of the animals in the accused’s care and how this abuse and prolonged cruelty had ultimately led to the death or necessary euthanasia of many of these creatures,” Nair explained.

“During aggravation of sentence, state prosecutor, Mmakgwaadi Mampana and NSPCA inspectors explained the dire cost of the accused’s actions to the moral fibre of a community, especially children exposed to the violence of dogfighting and wild pig baiting activities,” Nair added.

The Special Investigations Unit extended their appreciation to state prosecutor Mampana and investigating officer SAPS detective Anita Pretorius, for their dedication to this case and for their devotion to ensure that justice was served in a case fraught with challenges.

“This case is yet another clear illustration that the abuse of one animal not only indicates the likely abuse of other vulnerable animals but also indicates the existence of additional criminal activity.

"The backing of the animal lovers of South Africa and the continued support of the Dog Trust Worldwide enables the Special Investigations Unit of the NSPCA to undertake these rescues and pursue prosecution against all the odds,” she concluded.