Many Namibians have rejected the outcome of more than five years of negotiations between their government and Germany over events in territory held by Berlin from 1884 to 1915.

A memorial in tribute to the victims of the genocide Namibia's capital Windhoek.

INTERNATIONAL NEWS - Descendants of victims of massacres committed by German colonisers - recently recognised as a genocide - have scoffed at the agreement between the Namibian government and the southern African country's former rulers.

"It's a slap in the face," lamented Namibian economist Salomo Hei, whose forefathers were murdered in the early 20th century.

Many Namibians have rejected the outcome of more than five years of negotiations between their government and Germany over events in territory held by Berlin from 1884 to 1915.

"It was handled in a very clumsy manner," Hei told AFP in the capital Windhoek. "There was no regard for the human lives lost."

Germany acknowledged last Friday that the settlers had carried out a "genocide" against indigenous Herero and Nama people between 1904 and 1908. 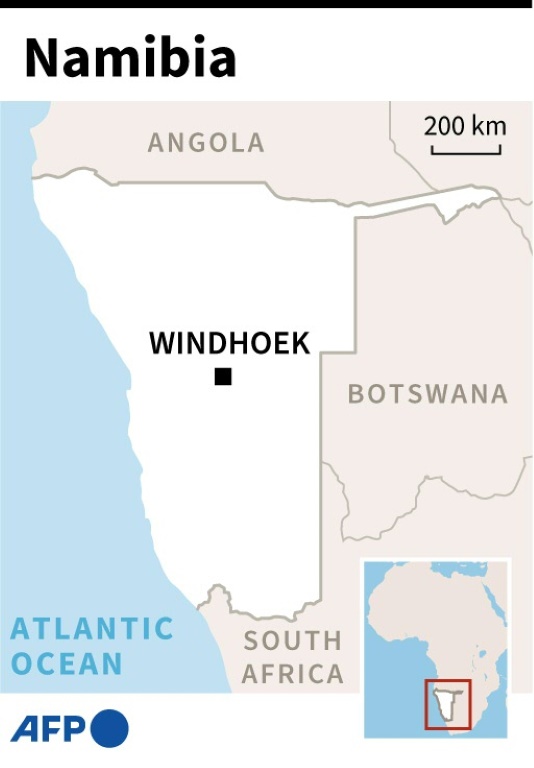 The official use of the word was part of a landmark agreement with the Namibian government after years of talks over the massacres, which some historians have labelled the first genocide of the 20th century.

Germany also offered what it called "development" funds - pointedly avoiding the word "reparations" - of 1.1 billion euros ($1.3 billion) to be paid over the next 30 years.

But the terms and wording of the proposed "reconciliation" deal, which requires parliamentary approval, have raised ire among Herero and Nama representatives, who claim they were never invited to the negotiation table.

"We heard the announcement over the radio and newspapers," said Esther Muinjangue, former head of the Ovaherero Genocide Foundation.

"It was never discussed with us," said Muinjangue, who is also deputy health minister, criticising Germany for not directly compensating affected groups.

German imperial troops descended on Herero and Nama people after they rebelled against colonial rule.

In August 1904, soldiers chased around 80,000 Herero into what is now known as the Kalahari Desert, raping women and slaughtering their captives. 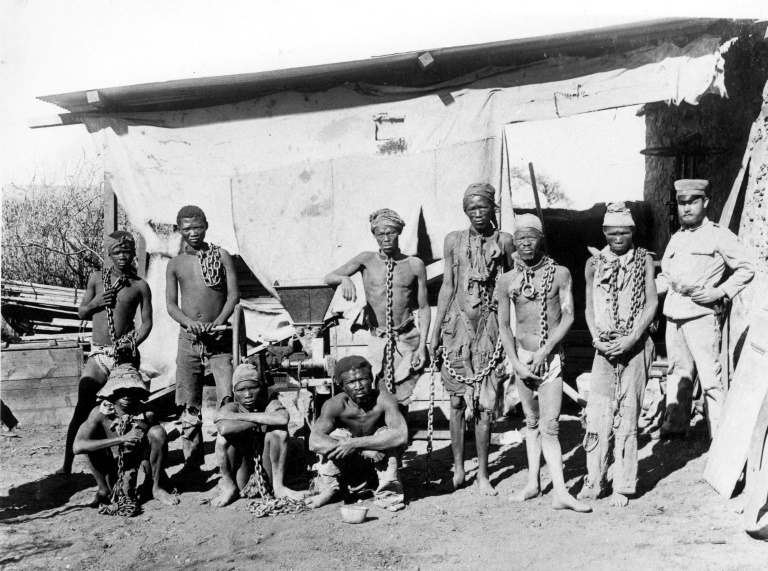 At least 60,000 Herero and around 10,000 Nama were killed. Thousands more were sent to deadly concentration camps.

Descendants of the victims want Germany held accountable for the ripple effects of the genocide, which uprooted communities and destroyed livelihoods.

"When I drive back to my village I drive through hectares of commercial farms (no longer) owned by Herero people," said Hei, noting longstanding "income disparities" between the Nama, the Herero and the rest of Namibians.

"Social projects are not going to do anything about the trauma," she said. "You want to tell me that 1.1 billion (euros) in development aid is a way of showing remorse?"

Muinjangue, an opposition politician whose grandfather was the result of a rape by a German soldier, questioned the settlement.

Herero and Nama activists staged a protest in Windhoek hours after the agreement, which the government hailed as "step in the right direction", was announced.

They denounced the lack of transparency around the negotiations and accused Germany of arm-twisting their cash-strapped government into accepting a meagre settlement.

A body representing Herero and Nama people has rejected the "insulting amount" and called on the government to renegotiate the deal, which will be discussed in parliament next week.

The process "must be opened up so that ordinary Namibians can make an input", Herero Windhoek resident Clementine Katjingisiua said.

In 2018, Germany returned the bones of members of the Herero and Nama tribes to Namibia.

Activists have also accused Germany of deliberately shirking "reparations" - which would submit the country to a series of financial obligations under international human rights law.

"That is why people are so outraged," said John Nakuta, a law professor at the University of Namibia.

"Development assistance has no legal obligations," he noted. "Germany got away lightly."

"The deal makes inroads... in a long overdue debate," said Melber, a researcher with the Nordic Africa Institute.

"One should welcome that, (but) it's done in a way that causes so much frustration."