Tributes flood in for Wild at Heart actor

Stewardson came to Aberdeen almost by accident in 2005, when he and his girlfriend at the time were on a road trip through small country towns. He fell in love with the unusual old house in Murray Street near the Dutch Reformed Church and bought it. 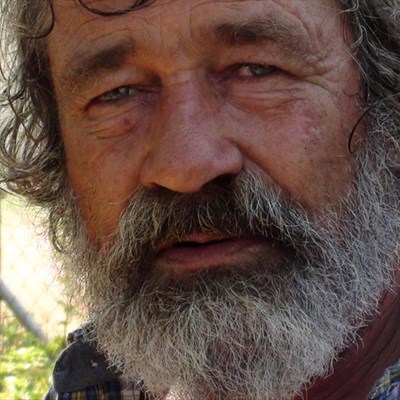 GRAAFF-REINET NEWS — The news of the sudden death of actor Deon Stewardson last Friday has shocked and saddened members of the Aberdeen community and indeed caused an outpouring of grief worldwide.

In the weeks leading up to his death, he had expressed the wish to his partner, Marianne Meijer, to spend a few days away from Aberdeen for a break, but due to various commitments, this did not materialise.

Last Thursday morning, whilst Meijer was at a meeting, he told their domestic worker that he was going away for a while, and left with his overnight bag.

According to the worker, the bag was empty. He had taken his phone, but not his ID book or driver’s licence. On her return from the meeting, Meijer was not overly concerned at first but became increasingly worried when she was unable to reach Stewardson on his cellphone.

She continued to try to contact him on Friday, and then at about 17:00 she received a visit from Warrant Officer Patrick Samson of the Graaff-Reinet police, with the dreadful news that Deon’s body had been found.

W/O Samson had the unenviable task of explaining that he had taken his own life in the bathroom of an accommodation establishment in Graaff-Reinet. A note was found in his pocket, giving Meijer’s name and address.

Stewardson had booked into the establishment on Thursday and was not in his room when a member of the cleaning staff went in at about 09:00 on Friday. When he had not checked out by 13:00, the staff became concerned, and the cleaner returned, finding the bathroom door locked. She contacted the manager, who in turn called the police. They managed to force the door open and found Stewardson’s body.

Although she was obviously upset and shocked, the fact that he had taken his own life did not come as a surprise to Meijer and his close friends, as he had frequently talked about it.

He was in constant pain from deterioration at the site of a previous injury to his knee, and this was making it extremely difficult and excruciatingly painful to even walk. Hard as it is to accept, Meijer has shown great strength in respecting his decision to go in his own time and is certain that he would not have wanted to be confined to a wheelchair or be bedridden, and be a burden to her.

He was adamant that he did not want surgery, and she admitted that he would not have had the patience for the extensive rehabilitation that would have been needed post-op. She is very grateful that he showed consideration to her by not ending his life in their home, and is consoled by the fact, that “wherever he is now, I can picture him running and dancing again, free from pain”.

Meijer has been overwhelmed by the love and support shown to her during this difficult time, often by people she did not know well, but who wanted to honour their memories of Deon. Messages of condolence have poured in from family, friends, and fans from across the world. To her delight, her son and his wife arrived unexpectedly from England on Monday to give their support and share her burden.

Earlier this year, a great friend of Stewardson’s passed away, and this loss affected him deeply. The friend had been a great listener and proved a ready foil for Stewardson’s outgoing nature. A few months ago he also sold a property in Aberdeen that was very dear to his heart, where he had put in a great deal of effort to create a peaceful garden haven.

Stewardson came to Aberdeen almost by accident in 2005, when he and his girlfriend at the time were on a road trip through small country towns. He fell in love with the unusual old house in Murray Street near the Dutch Reformed Church and bought it. His girlfriend bought the adjoining property in van Riebeeck Street, and they combined the two.

He thoroughly enjoyed restoring and reshaping the buildings, and when their relationship ended two years later, he bought the van Riebeeck Street property - he enjoyed telling everyone that he ended up paying his ex-girlfriend about three times what she had paid for it originally! He lived in it for a while, and after he moved in with Meijer in 2009 it was used as a backpackers, a gym, and a bookshop.

He was a real scavenger, and on trips out to the farms would often stop to pick up interesting pieces of wood to use in their garden. Visiting friends on local farms was a favourite activity, and he was very proud to be accepted by the local farming community. He loved Aberdeen and was very content at the slow pace of life, and with the genuine caring nature of the people. For many years, he was a regular at the local bar, playing pool most evenings for an hour or so before going home for a quiet evening with Meijer. He was well-known throughout the community, and despite his rather rough exterior, was very soft hearted. He had no patience with those who tried to exploit the less fortunate and was generous to a fault to those who had fallen on hard times.

Stewardson never married, and it was one of his regrets that he never had children. He very much enjoyed being an honorary grandfather to his friends’ children! He and Meijer, although different and in fact totally opposite in many ways, had a wonderful relationship, and were very content together in their lovely home, augmented by their “family” of dogs and cats.

This is the Deon Stewardson that Aberdeen knew, but in fact, he was known internationally as an actor, primarily for his role as Anders Du Plessis in the ITV Drama series Wild at Heart. The series is about a veterinary surgeon and his family, who emigrate from England to South Africa, where they attempt to rehabilitate a game reserve for wild animals and establish a veterinary surgery and animal hospital.

The show was immensely popular in the UK, with ratings peaking at approximately 10 million viewers and never averaging less than 7.5 million over any series. Stewardson’s fame overseas was such that he would often be recognised in the street or in restaurants whilst in England! For five years, Stewardson, accompanied by Meijer, would spend six months of the year filming in the Hartebeesport Dam area, and six months in Aberdeen.

With his passion for wildlife, the series was a wonderful experience for him, and the amiable character of “Dup” was a perfect fit. The last series was recorded in 2011, with a grand finale Christmas special recorded in 2012 before the show was axed. Stewardson worked alongside several well-known actors, including the iconic Hayley Mills.

Acting was certainly in his blood, as his father was the much-loved South African actor Joe Stewardson. His half-brother Matthew Stewardson, a well-known TV presenter, died tragically at the age of 35 in 2010.

Deon leaves a sister, Cheryl, half-sister Joanne, and half-brother Sean, all of whom live in Johannesburg. As was his wish, there will be no funeral, but his family and friends in Johannesburg will get together in his memory on the day of his cremation.

One of Aberdeen’s great characters, he will be sorely missed.

Are you relieved the ban on alcohol has been lifted?

0 %
Doesn't affect me either way