Problems with the water supply in Graaff-Reinet persist.

GRAAFF-REINET NEWS - The problems with the water supply in Graaff-Reinet persist and parts of Santaville and Asherville, Kroonvale, and Adendorp and Wolwas appear to be particularly badly affected.

According to Ward 14 councillor Joy Williams, Iris Street, part of Vink Street, Sunflower Street, Krom Street and Reguit Street were without water for most of last week.

Even the days when there was some water in the taps, it was usually only for a short while. The situation has been much the same in Kroonvale, with Ward 5's Cllr Glenda Mackelina receiving many phone calls from irate residents.

Many resorted to going to collect water from Lingcom School, where the municipality had filled the available tanks.

On Monday, the Mandela Park area was still without water.

On 23 January, a spokesperson for the Dr. Beyers Naude Local Municpality posted on the municipality's Facebook page that large rocks have been dropped into the manhole near Narsing Street School, which seems to be a deliberate act of vandalism or sabotage.

The municipality is struggling with this specific manhole, as people are continuously throwing things into it, causing major interruptions in water supply to different areas. There was a request for communities to help stop and find the perpetrators. It was further announced on the same day that the main pipe supplying water to the Kroonvale area is damaged and that the municipality was busy effecting repairs.

Situation in Adendorp dire
Whole sections have been without water for several days, and those that do have water have very low pressure due to a leaking joint.

The municipality announced on Tuesday that there would be a temporary interruption on water supply in the Adendorp and Wolwas area for emergency repairs on the main water pipe - for many residents, there has been no "supply" to be interrupted.

There have also been complaints from the community that, despite promises, there has been no sign of a water tanker from the municipality. 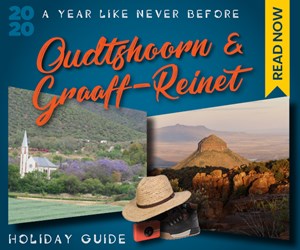