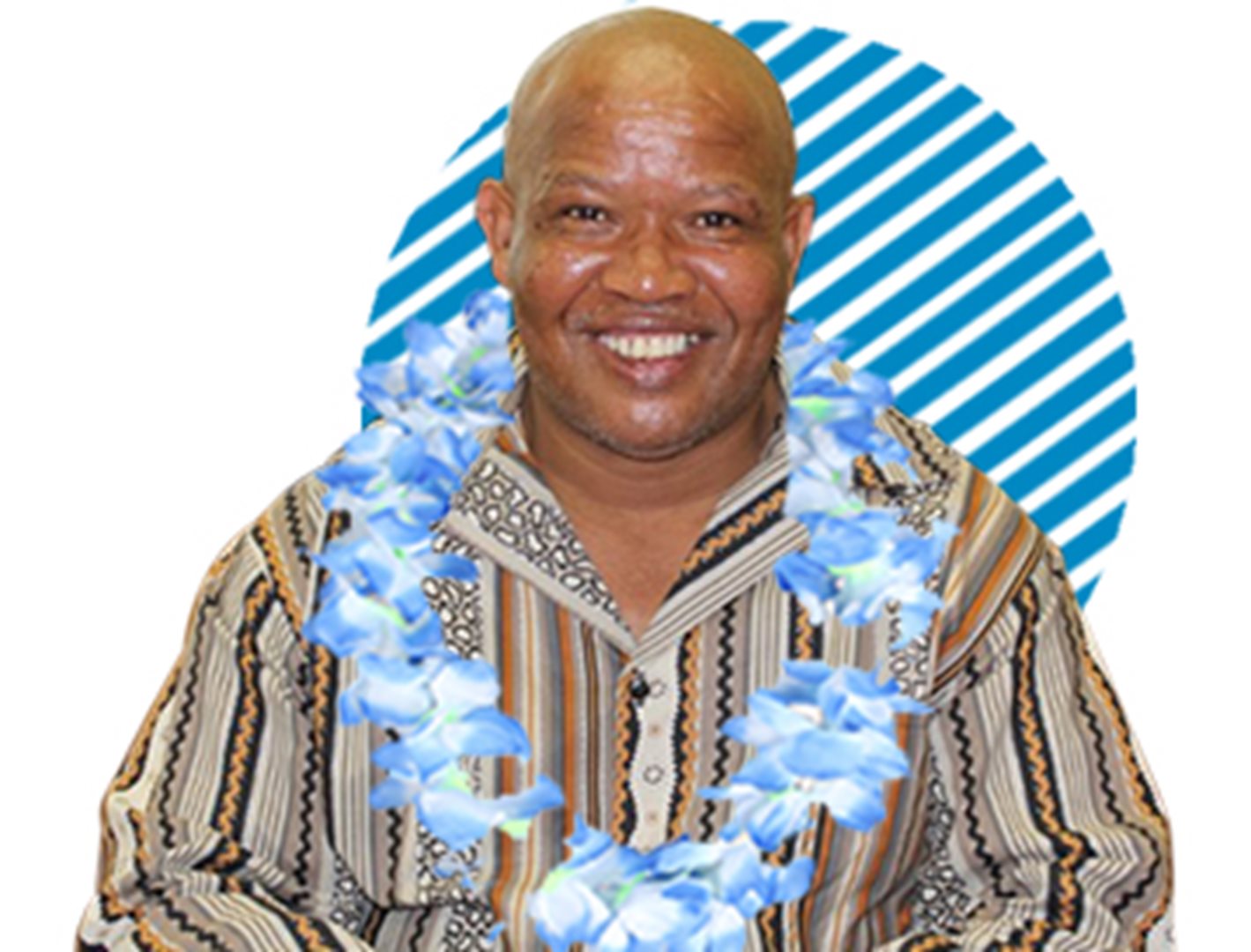 Message from the MayOR

The area encompasses the World Heritage Site of the Baviaanskloof and the Karoo towns of Steytlerville, Willowmore, Rietbron, Jansenville, Klipplaat, Aberdeen, Nieu-Bethesda and Graaff-Reinet, the gem of the Karoo.

I would like to welcome everyone from all over the country who visit our area during the festive season and wish you a hospitable and enjoyable time.

South Africa’s fourth oldest settlement, Graaff-Reinet, oozes local history and is home to 220 national monuments – most in the entire country. The town was founded by the arch-colonialist VOC Dutch East India Enterprise in 1786 when the Cape Colony Governor Cornelis Jacob van Graaf named it after his wife.

A cruise down the main drag will have you flitting past rows of white-washed Cape Dutch, Victorian and traditional corrugated Karoo-style edifices that will transport you back to the days of yore, and everybody else’s, distant past. Negotiating the side streets also constitutes an extreme exercise in nostalgia when you happen upon glorious gems.

Complete with a gable sporting a winged hour-glass as reminder amongst other things, that time flies even if you’re not having fun, Reinet House was constructed with customary Cape Dutch flourish by slaves from locally acquired material to be a parsonage in 1812. The curved staircase spilling onto the cobble-stone courtyard (added in 1820) and hand-hewn railing on the front stoep (1835), were familiar to clerical dignitaries such as the revered Rev Andrew Murray who resided there until his death in 1904.

Despite a fungal attack, a black oak, planted by his son Charles in 1870, still adorns the lavish gardens. Victorian trimmings were added in 1906 when it served as boarding house for women trainee teachers. In 1974 a wagon house was added and in 1978 a Mill House complete with water-wheel. Now a museum, it hosts one of Africa’s most extensive doll collections, period furniture, kitchen utensils, medical and dental paraphernalia, haberdashery and clothing, wagon and transport displays, a blacksmith collection as well as dinosaur skeletons and fossils.

Perhaps not quite known for the heights of debauchery achieved by Nairobi’s notorious Happy Valley set, bullet holes in the bar counter of the Graaff-Reinet Club attest to at least a reasonable level of renegade revelry at this second oldest social club in South Africa - spawned as it was by a need for interactive jollification. For men that is.

First purchased in 1875 by company-hungry townsmen and local farmers, it was a strictly menonly sanctuary. By 1902 the unsparing acceptance process included approval by two doctors. About 700 members passed in the following half-century. Still predominantly pour hommes only, the membership stands at around 200 today.

Thus, not quite ex-pat Kenya circa 1930s carefree carousing, but the indents in the bar counter courtesy of the British Coldstream Guards on their departure from the town, do place it up there with famous halls of undue discomposure such as Mexico City’s La Opera Bar with its pockmarked ceiling left in the wake of the Zapatista rebel, Pancho Villa’s failed assassination.

For the love of art and mom

In the sad absence of Pierneef’s famous Station Panels that made Graaff-Reinet one of Africa’s must-see destinations for art lovers, there is ample solace in the permanent exhibit at the Hester Rupert Museum which, had history suffered a slightly different twist, could easily have

ended up as a filling station. Relive South Africa’s swinging 60s through over 126 works by 106 of our country’s most accomplished sculptors and brushmeisters. The museum not only offers a temporary skip down memory lane, but an opportunity to marvel at the restored 19th century edifice it calls home. Originally constructed to serve as a church and school for the Graaff-Reinet missionary society in 1821 and built by artisans in the congregation, it was the sixth church in South Africa and one of three remaining constructed on the traditional cruciform ground plan. Then, barely saved from becoming a filling station in the mid-1960s when a sale to the Historical Homes of South Africa was negotiated by Anton Rupert (whose mother Hester had been born in Graaff-Reinet), it was restored to its former grand and gabled glory, officially opened as a museum and handed to the town council in 1965.

Now a national monument, the gallery was opened in 1966 with 90 donated paintings and sculptures by 83 artists and opened by President CR (Blackie) Swart. Most of the work is South African art generated in the 1960s in all its bright and funky quasi-cubist flamboyance, but the collection also includes efforts by other regular A-listers such as Irma Stern and Alexis Preller.

Still on the Ruperts - the non-imposing edifice that serves as the John Rupert Little Theatre was formerly a mission church of which the original pulpit still forms part of the furniture.

The actual date of the completion of the structure is unknown, but it was consecrated by Dr John Phillip of the London Mission Society in 1847. Dr Anton Rupert purchased and restored the old ’Coloured Missions Church - referred to as Groot London - and donated it to Graaff-Reinet to the benefit of the community. The building is named after John Rupert, Anton Rupert’s father. After serving as an art gallery, the building was converted into a Little Theatre in 1980 by the Graaff-Reinet Round Table.

An all-important cog in the cultural life of Graaff-Reinet, it is run by volunteers who screen two films every month (an evening show on the first Wednesday of the month and a matinee on the third Saturday) as well as hosting regular plays, musicals or comedy and dance performances. The theatre is also used by touring companies for their productions. The John Rupert Little Theatre is also available for hire as a venue for conferences or large meetings.

For whom the bell tolls

Foundations were laid in 1886 for the famous Groot Kerk, a Gothic Revival structure based on similar lines as England’s Salisbury Cathedral. The fourth church built in Graaff-Reinet, it seats a whopping 1 250 believers and the 45m metre high steeple harbours an uncustomary chimney.

A split in the congregation over a certain Rev Naudé, saw the absconders building a new church elsewhere in town, but the two camps reconciled during a historical service after nine decades last year. 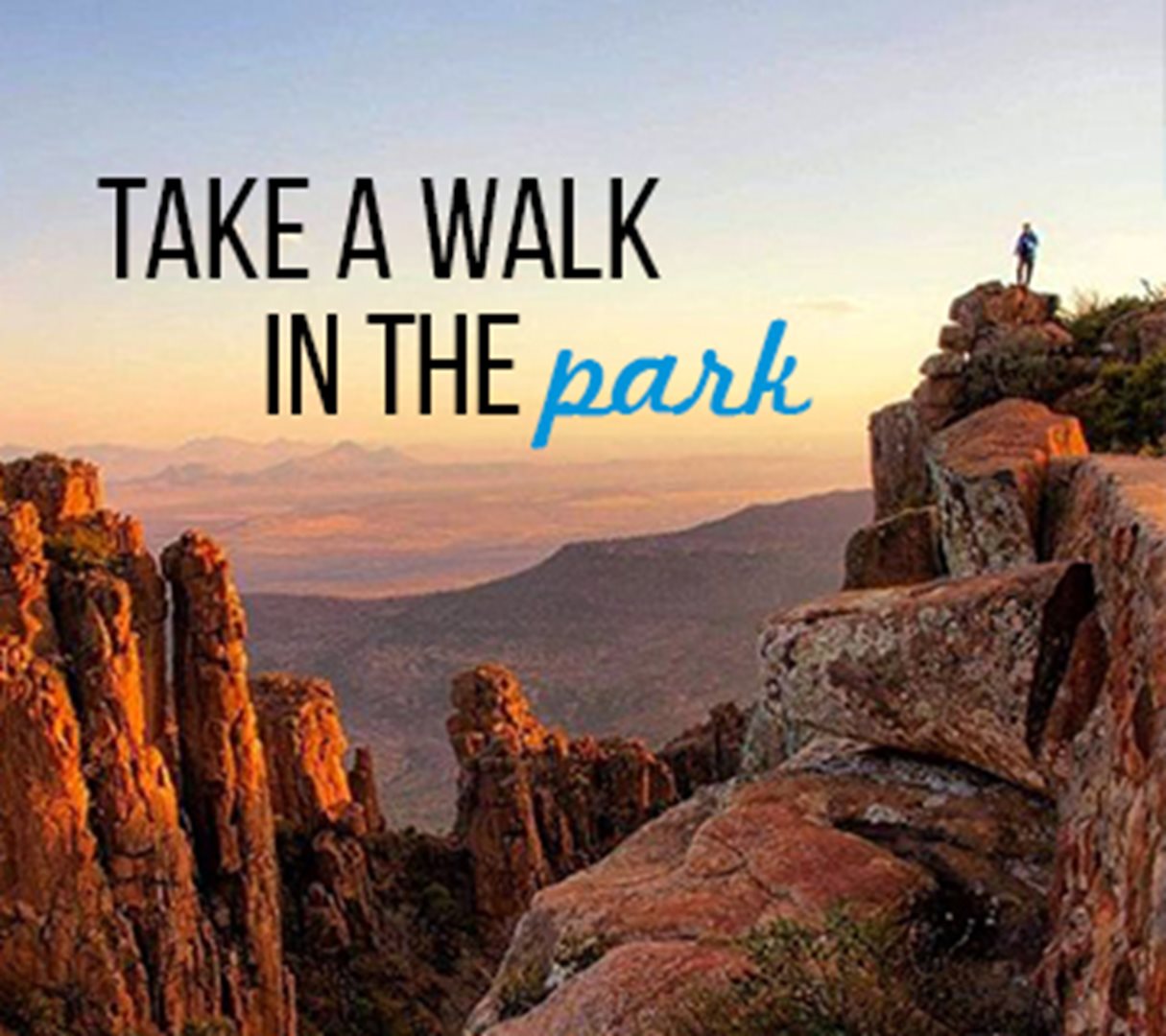 There’s a choice of walks in the park, so to speak, from easy and breezy to more demanding:

The Crag Lizard Trail (45 minutes) starts from the parking area and stretches along for about 1.5km via the Valley viewpoints for 1.5km. Just follow the Crag Lizard logo.

Eerstefontein Day Walk starts and ends at the Spandaukop gate with three route options of 5km, 11km and 14km with scenic rest spots at Eerstefontein and Agtersfontein. 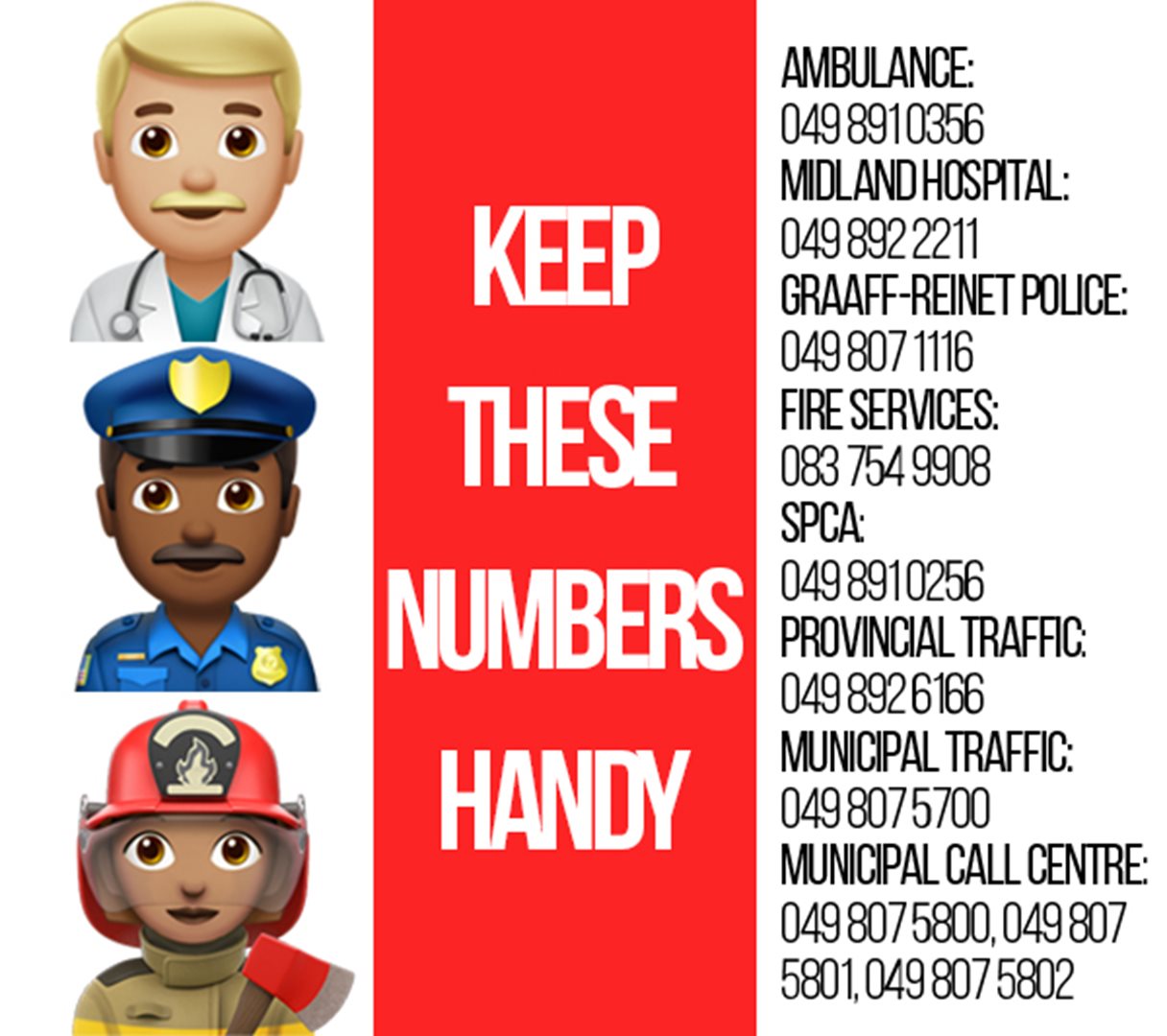 Flock to Willowmore - one of the biggest mohair producing areas in the world. Starting as a trade centre on The Willows farm, the town was established in 1874.

Although some say it was named after William Joseph, who occupied The Willows, others believe that a farmer, Lukmkul, combined his wife's maiden name, Petronella Moore, with a large willow tree close to their house.

Hee-haw!
Catch a ride for R50 on the well-known Willow Limo; just ask locals where you can find Suzy and Sweetness

Get spoooky
The historical Boer Graveyard is beautifully restored and has interesting graves dating back to the Anglo-Boer War.

Fine fynbos views
Visit Aasvoëlberg for stunning panoramic views of Willowmore. It is one of the few places in the Karoo where coastal fynbos grows. 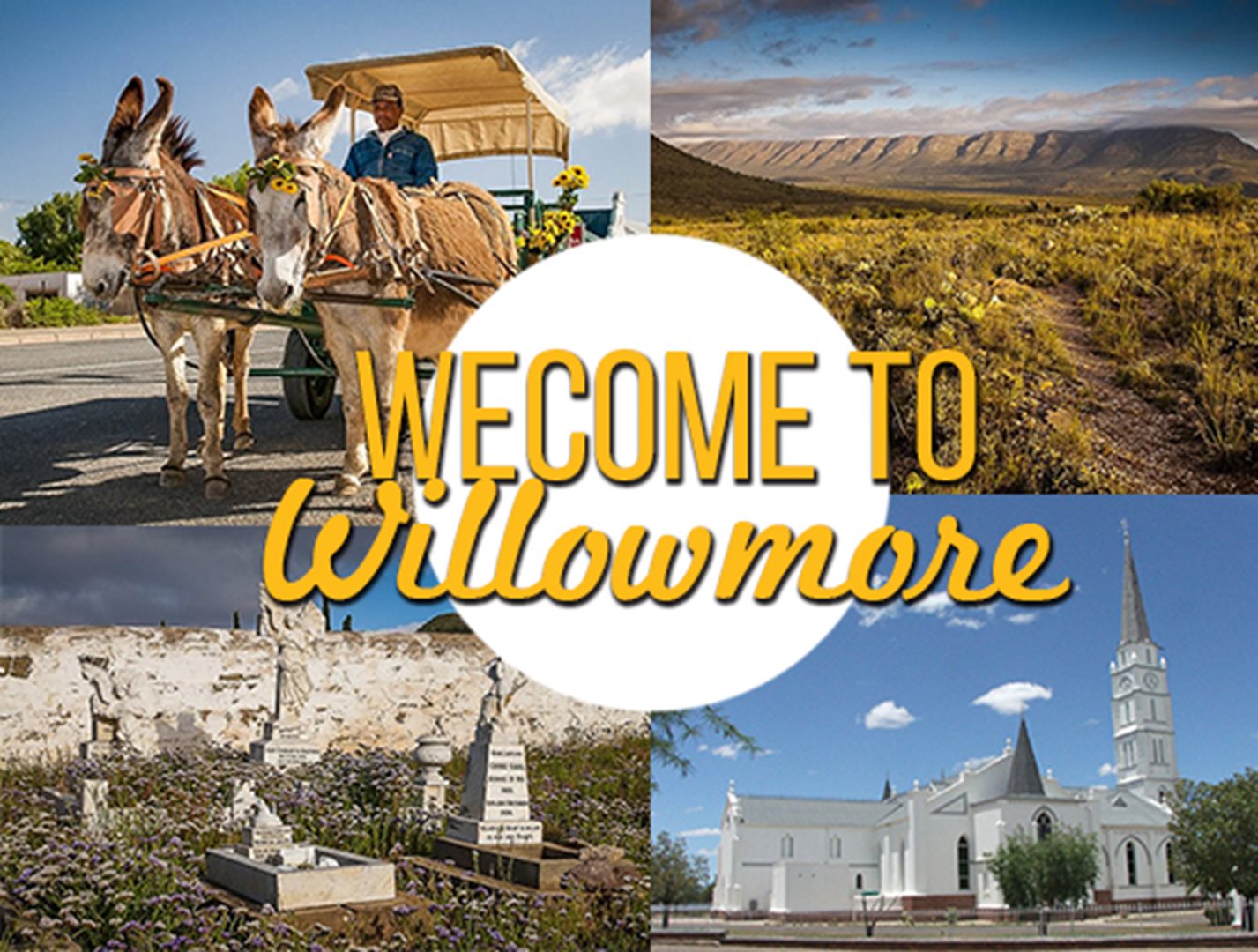 8 BEST THINGS TO DO in Graaff-Reinet 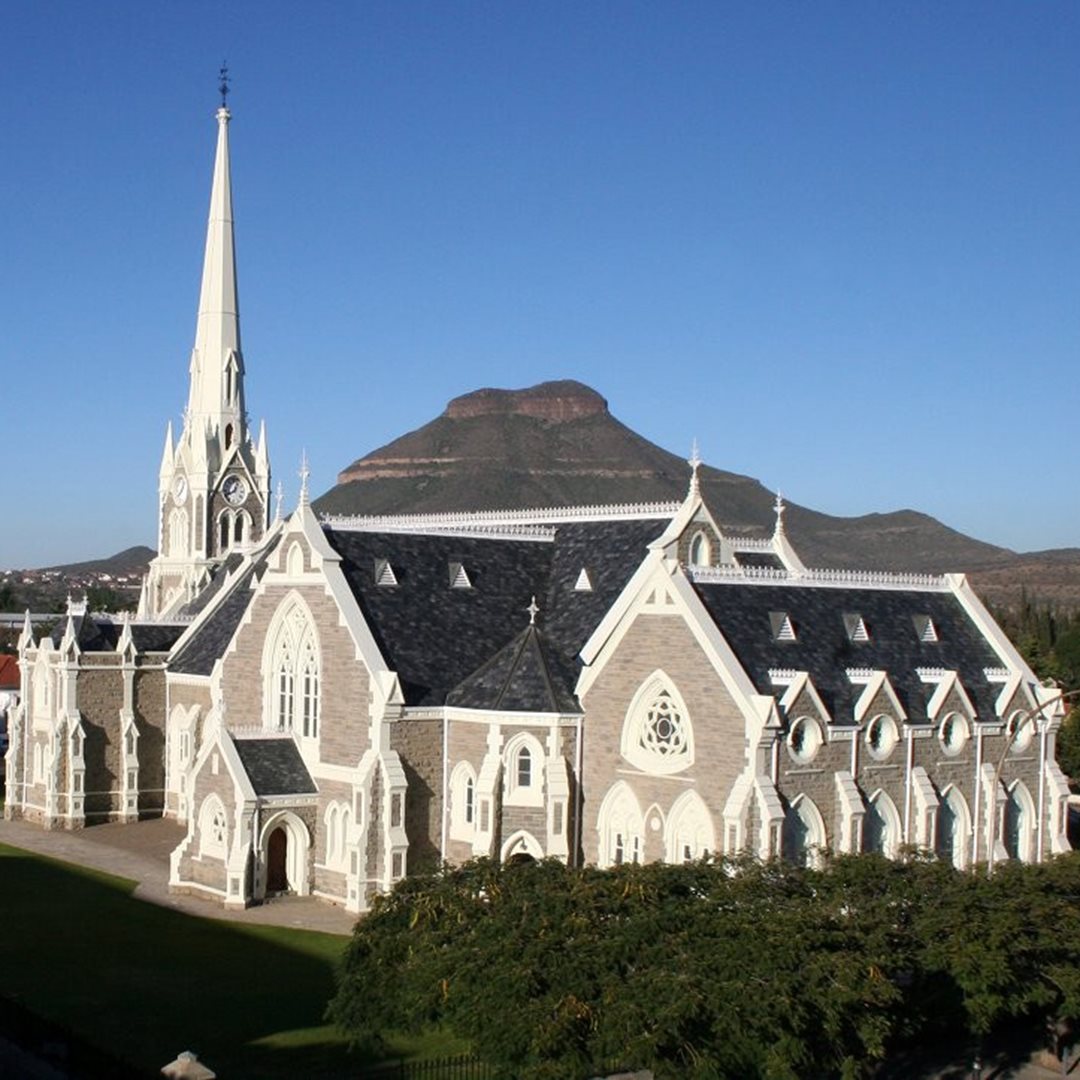 2. Make a trip to the epicentre of Graaff-Reinet, the Dutch Reformed Church 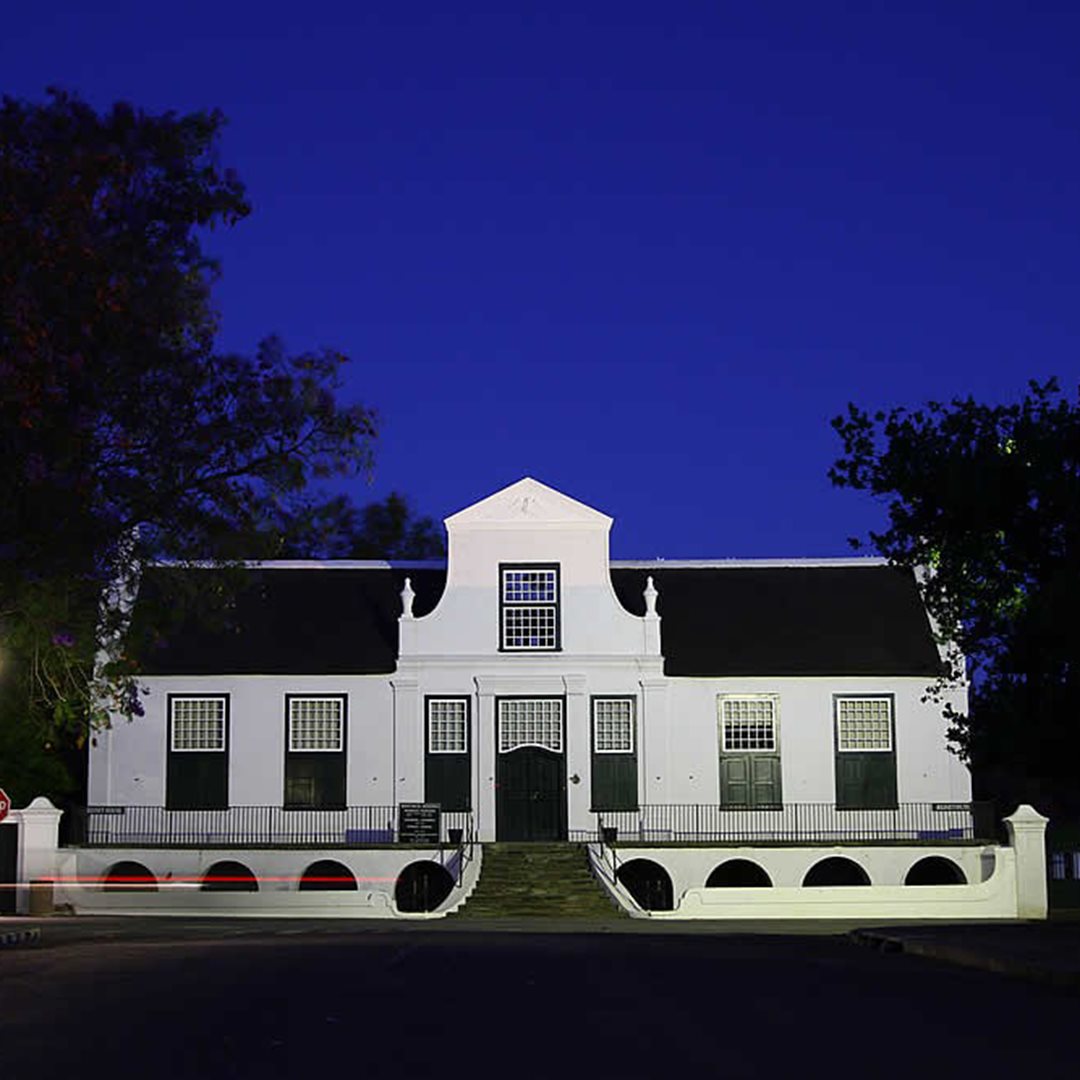 3. Make sure you don't miss a trip to the magnificent Reinet House Museum 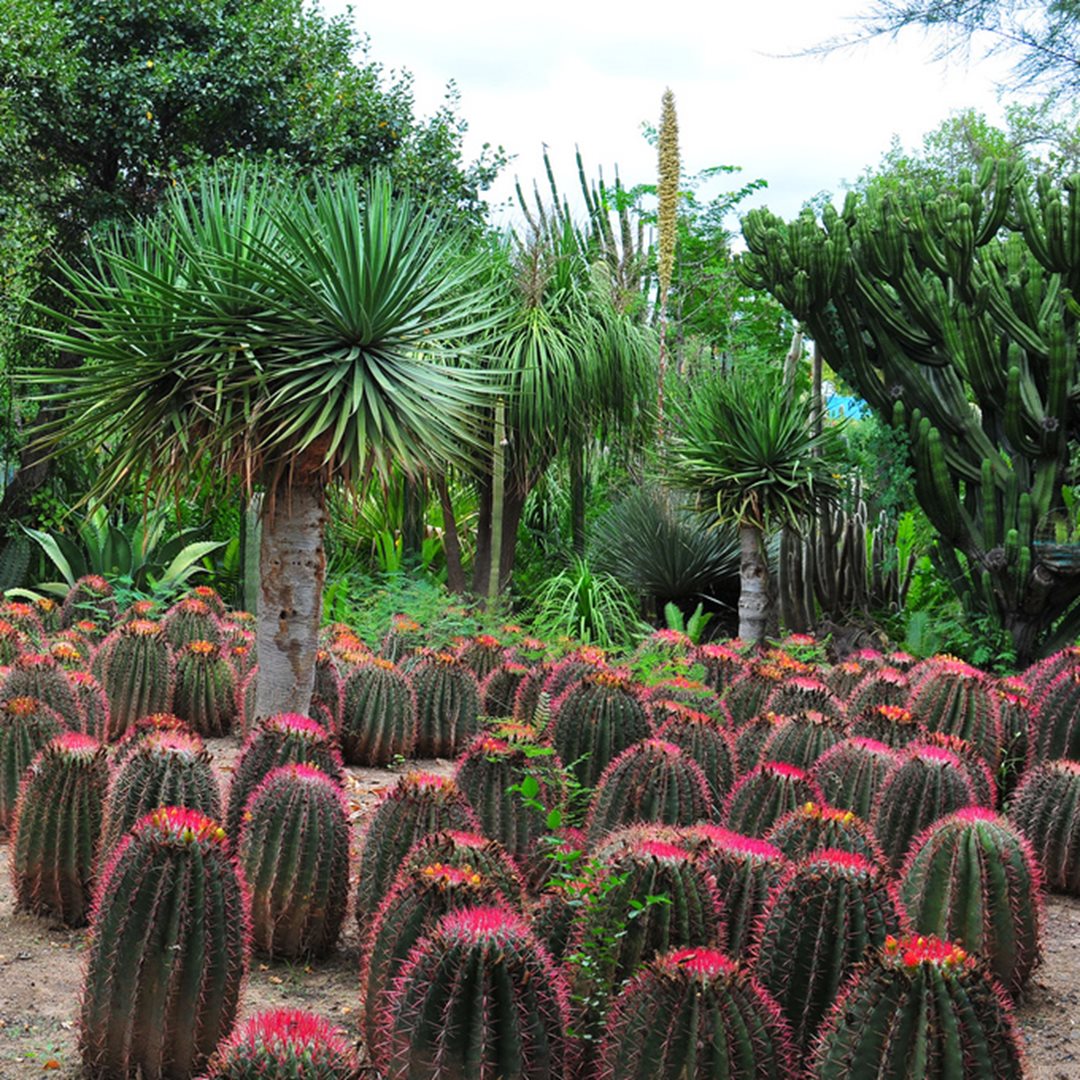 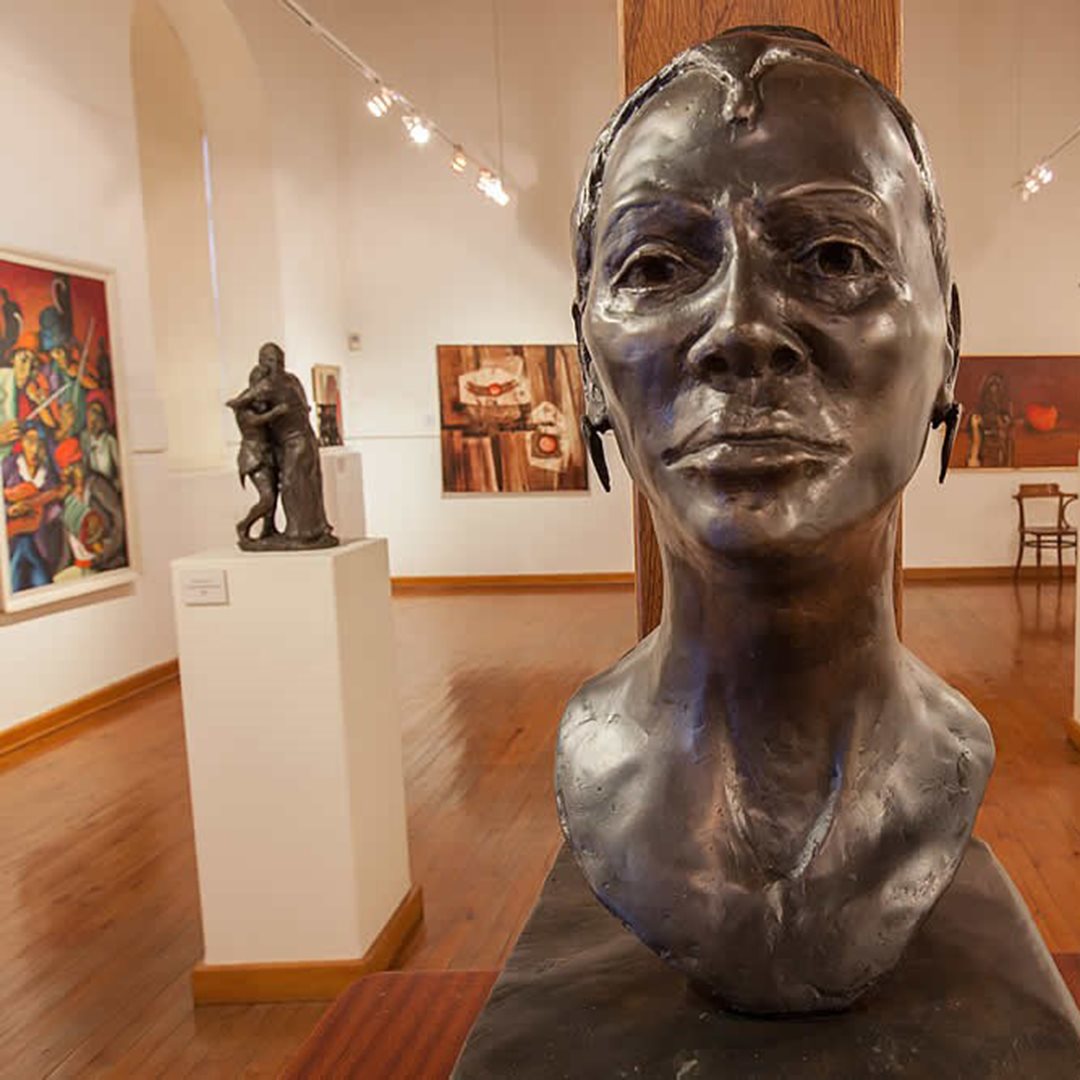 5. Take a stroll through the Rupert Art Museum and admire the works 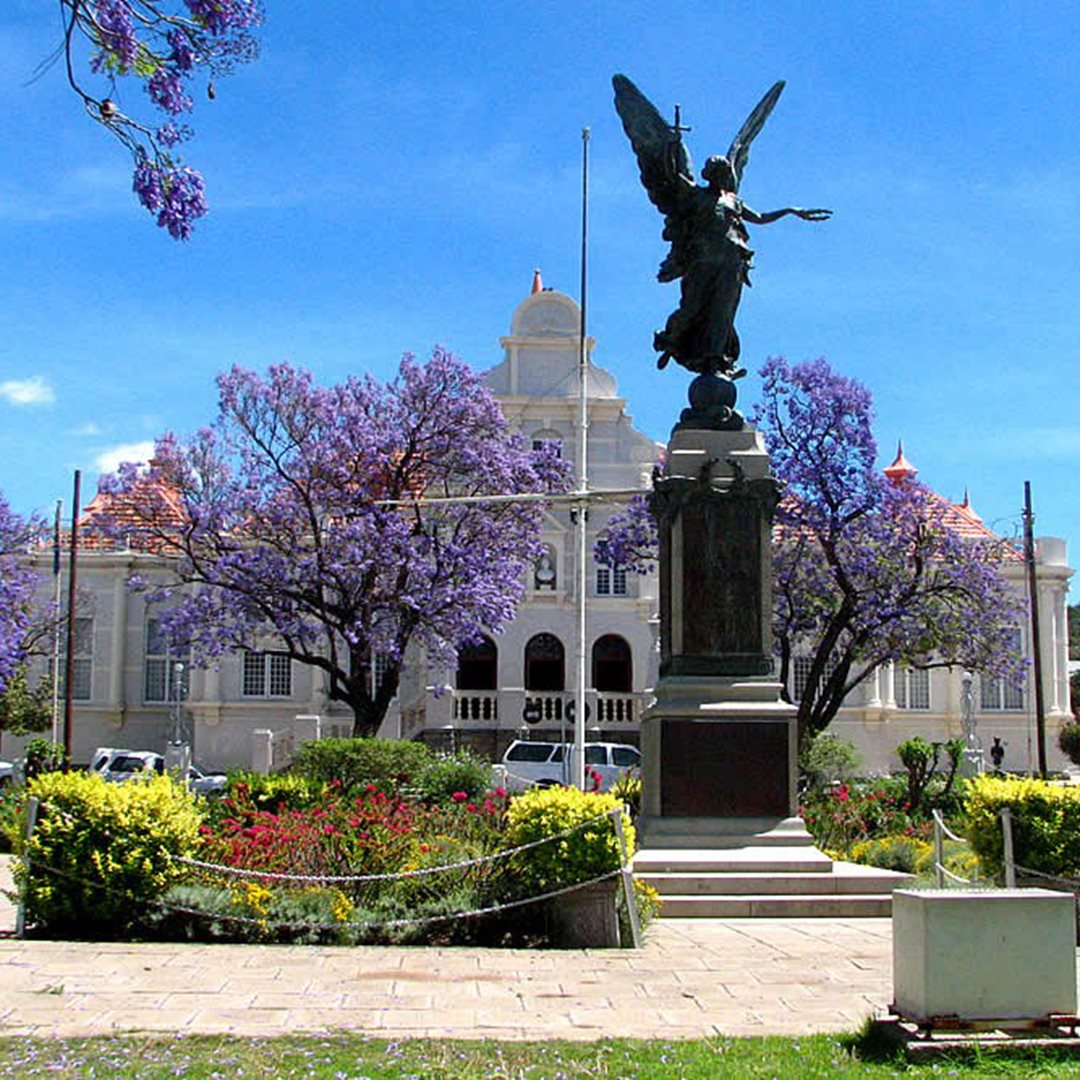 6. Enjoy a guided walk through the streets of this fourth oldest town in SA 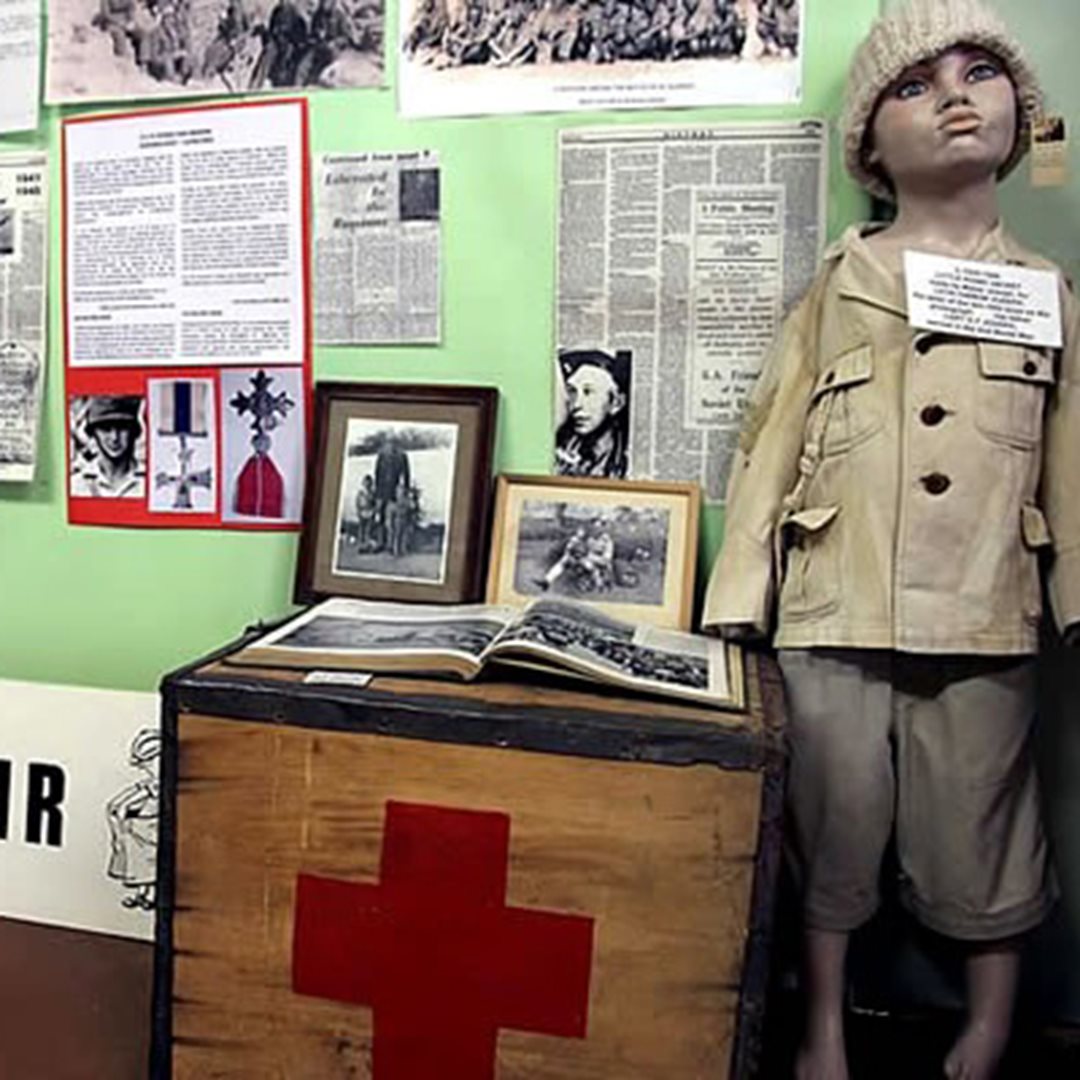 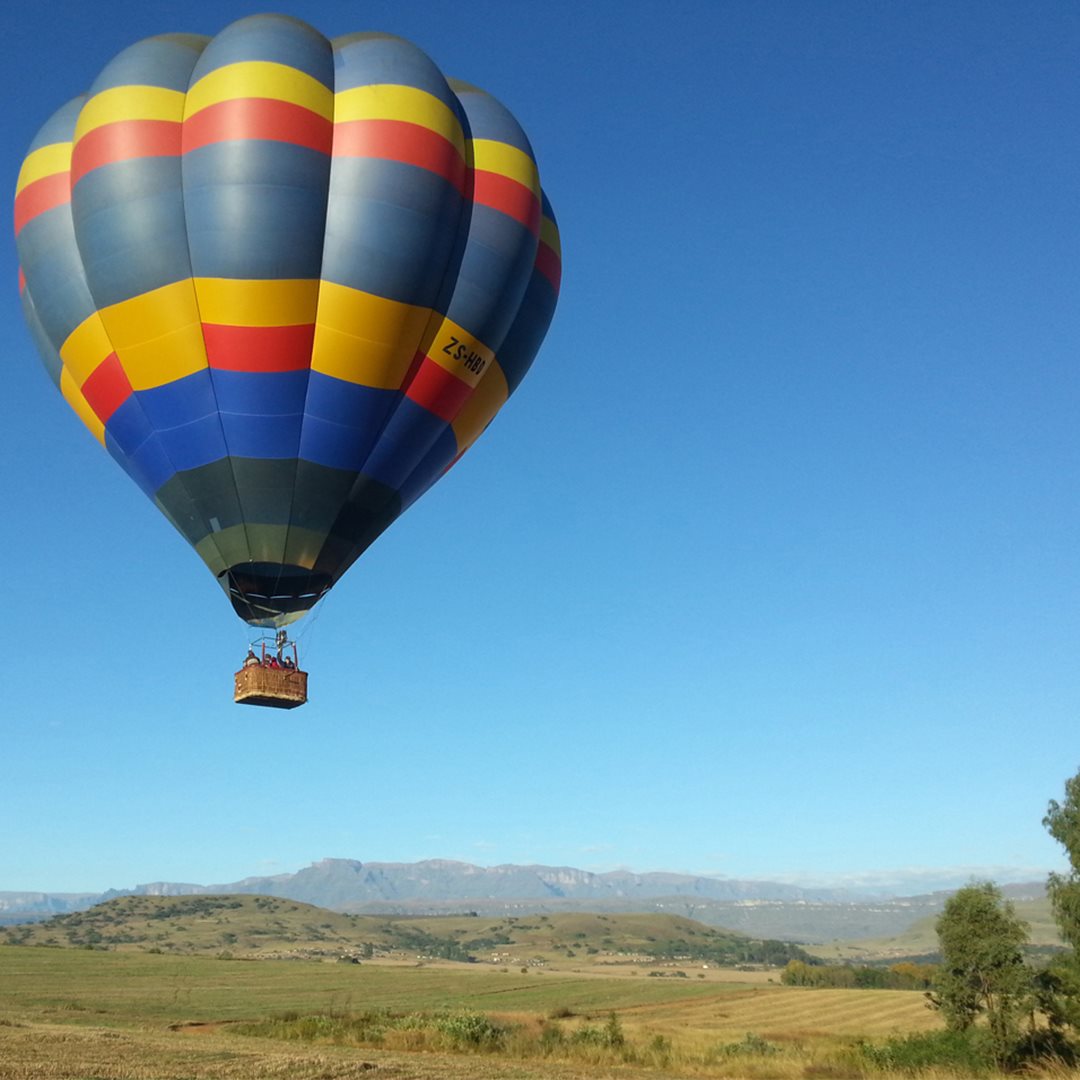 8. Drift slowly over this picturesque town in a hot air balloon

The question for many visitors to this hidden gem is:

What to do after we’ve seen the Owl House - former abode of the eccentric Helen Martins who filled her garden with cement and crushed glass sculptures of over 300 owls, camels and peacocks.

Well, you can hop on old Jacob’s donkey-cart for one and pack off in whorls of dust to browse through the equally arresting creations of the still-very-much-alive young artist Paul Boekooi.

For the magical, dusty town of Nieu-Bethesda, there is an equally magical book nook called Dustcovers Bookshop. Pop in for everything from popular Africana to page-turning fiction. Then hop off at a must-stop fossil field encapsulated in the Kitching Exploration Centre.

Antie Evelyne se Eetplek in the informal settlement of Pienaarsig is a place for good ‘ol home cooking with a difference. Antie Evelyne created the restaurant, which serves lekker boerekos, to be self-sufficient. She also runs a free soup kitchen, and helps keep youngsters away from drug abuse. 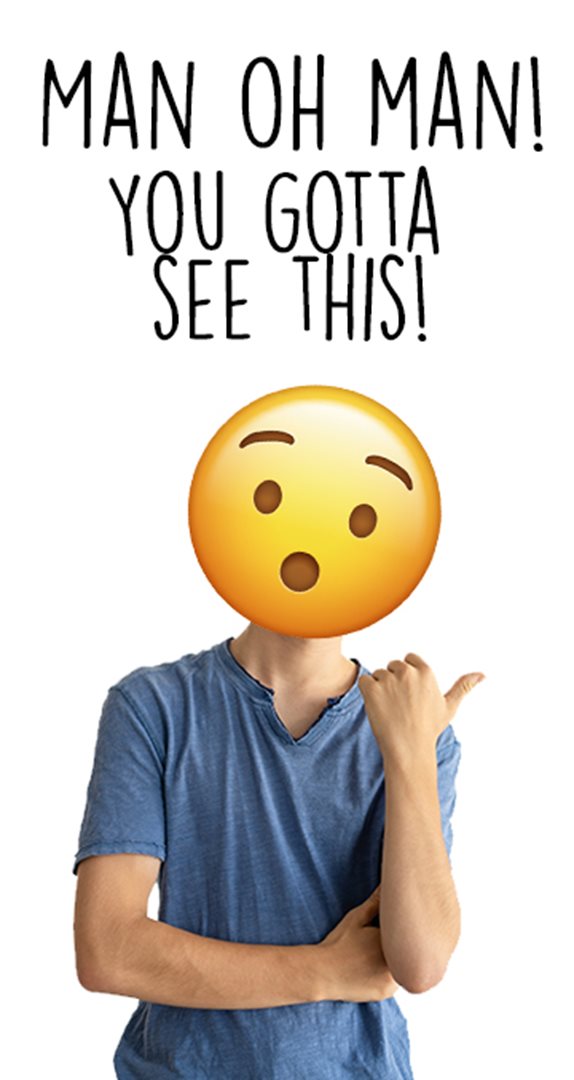 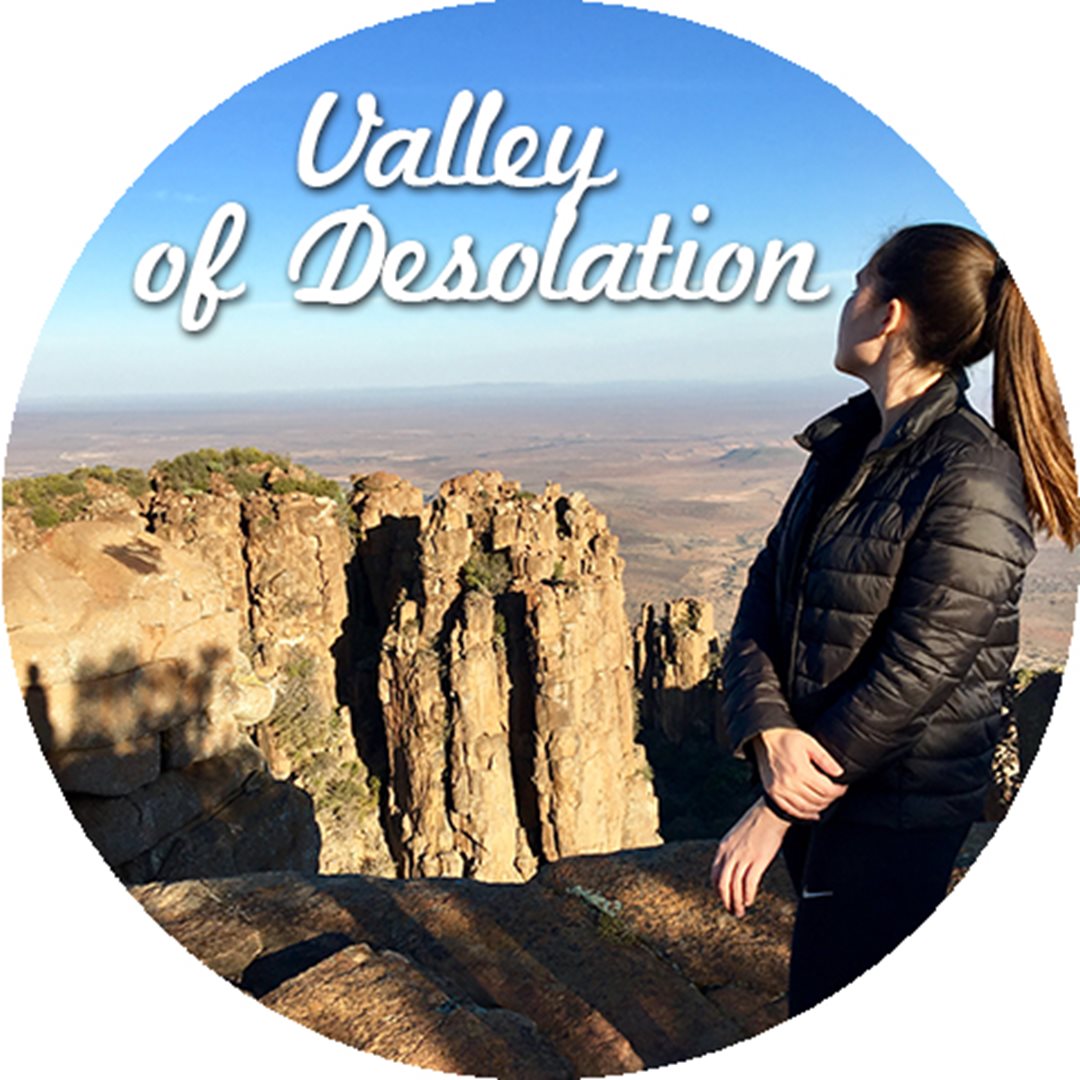 Known as the Valley of the Desolation, the entrancing, otherworldly display of craggy dolomite spires piercing the big Karoo sky at 120 metres and less from the parched valley floor, constitutes a natural drama akin to none other.

The valley attracts no less than 220 bird species, 336 plant varieties and 43 mammals. If you’re not a rock climber and recoil at the concept of hang-gliding, this spectacle can also be witnessed from a helicopter or hot-air balloon.

The gate to the Camdeboo National Park that hosts this phenomenon, is only 5kms down the R63 to Murraysburg. 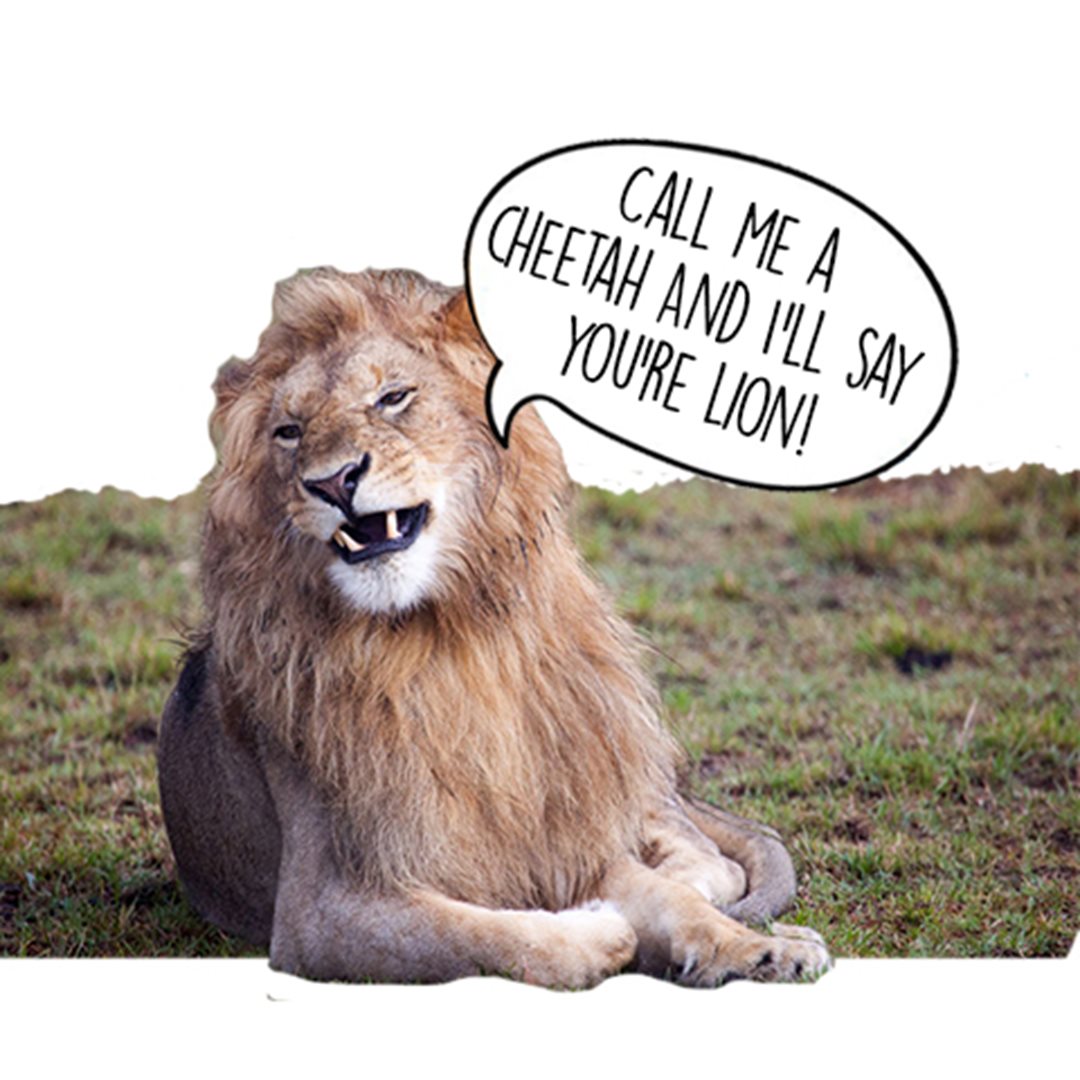 Take a visit to the Mountain Zebra National Park, only 1hr and 23 minutes from Graaff-Reinet, and you’ll be subjected to great game-viewing as well as a chance to track the park’s elusive cheetahs on foot.

Originally founded to save the mountain zebra from extinction, the park now hosts over a thousand of them as well as Cape buffalo, aardwolf, porcupine, aardvark, bat-eared fox and caracal, baboons and vervet monkeys, mountain and grey reedbuck, black wildebeest, red hartebeest, kudu, springbok, blesbok and eland.

Not to mention airborne wonders such as the blue crane and Denham bustard. 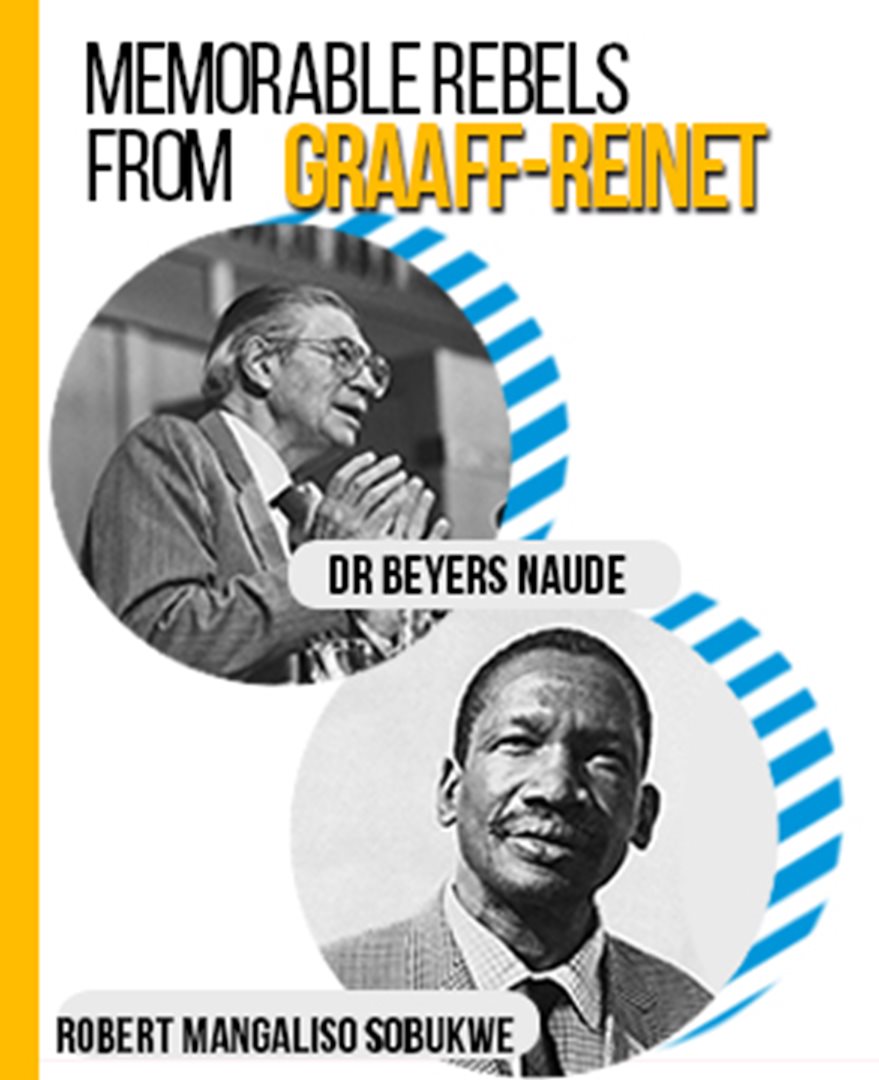 On the rebellious side...

Inherent in Graaff-Reinet’s heritage is a rebel streak. On top of being the launching pad for the Great Trek clusters of Gerrit Maritz and Piet Retief, it was also the centre of a short-lived republic in late 18th century.

Annoyed by the VOC Dutch East India Company’s taxation, a clutch of burghers proclaimed themselves to be the independent Colony of Graaff-Reinet in

1795 and requested guardianship from the Netherlands.

But before the authorities could react to the uprising, the Brits invaded and took over the Cape.

Four years later, a leader of the movement, one Marthinus Prinsloo and 19 cohorts, were imprisoned at Cape Town Castle after another abortive attempt at independence.

The minions were exiled and Prinsloo and his commandant sentenced to death. Luckily for their descendants, they were eventually released in 1803. 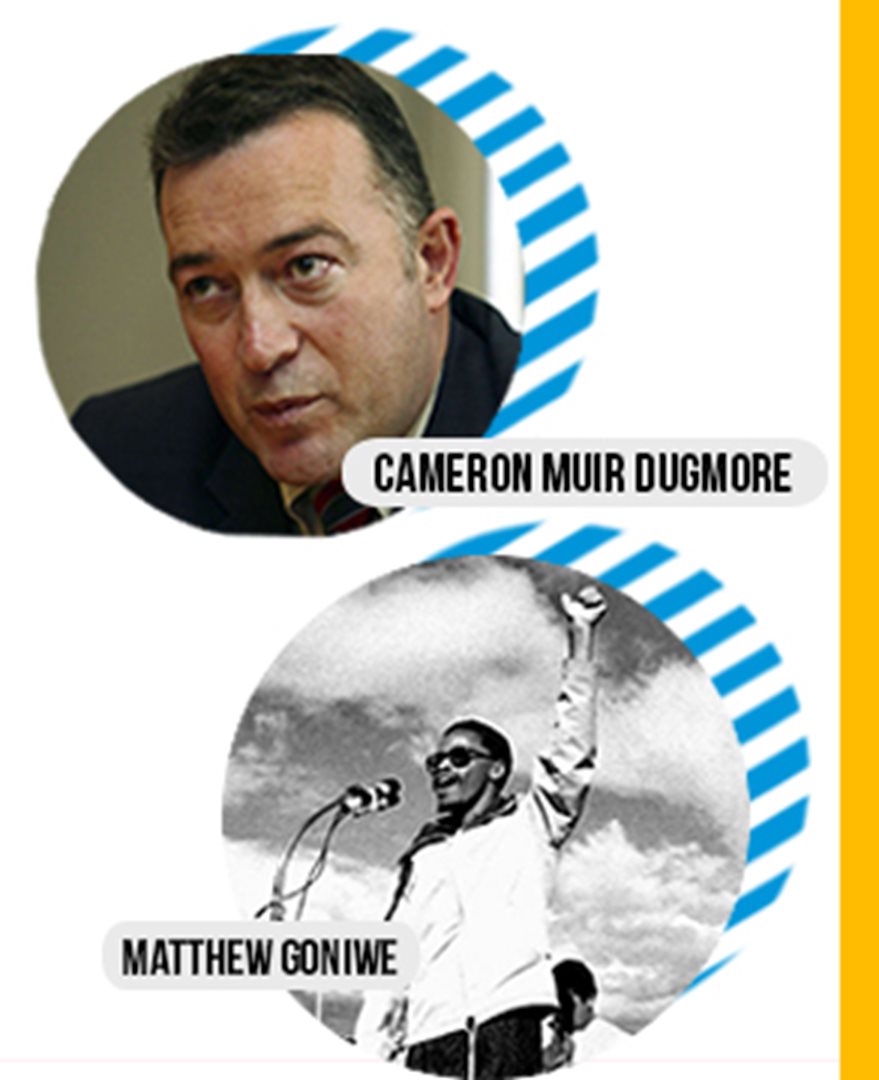