Graaff-Reinet cluster police spokesperson Capt Bradley Rawlinson confirmed that the majority of the taxis were transporting passengers to funerals, and that they had the necessary documents.

KAROO NEWS AND VIDEO - Despite the lockdown, taxis are streaming into the Eastern Cape on the R61 from Beaufort West, with over 200 waiting at the roadblock just outside Aberdeen at 10am this morning (10 April).

SAPS, traffic department officials and screeners from the Department of Health have been kept busy since about 4am, when the taxis starting arriving in droves from the Western Cape. A police Nyala under the command of Capt Ntloko from East London, of the public order police, was also on standby.

Nearly all of the passengers have permits to attend funerals in the former Transkei.

About 15 taxis have been turned back at the roadblock because the passengers did not have the required documentation.

The only vehicles heading from Aberdeen towards the Western Cape have been delivery vehicles, and a few local farmers and essential service providers.

Along the line of taxis, many of the passengers had got out, but near the roadblock at least, the police were asking them to stay in the vehicles.

Buyisile Siyenga from Worcester was standing patiently at the back of a line of about 20 people, waiting to be screened. “We were in the queue for about three hours before we got to the roadblock,” he said. “We have been very patient, and everyone is treating us kindly, but we are hungry and we want to finish our journey to Lady Frere for the funeral,” he added.

“This is not right- we have to stay home and follow the rules, but these people from Cape Town, where there are lots of cases of the virus, are bringing it to the Eastern Cape,” said one angry resident.

Graaff-Reinet cluster police spokesperson Capt Bradley Rawlinson confirmed that the majority of the taxis were transporting passengers to funerals, and that they had the necessary documents. No arrests had been made by noon. 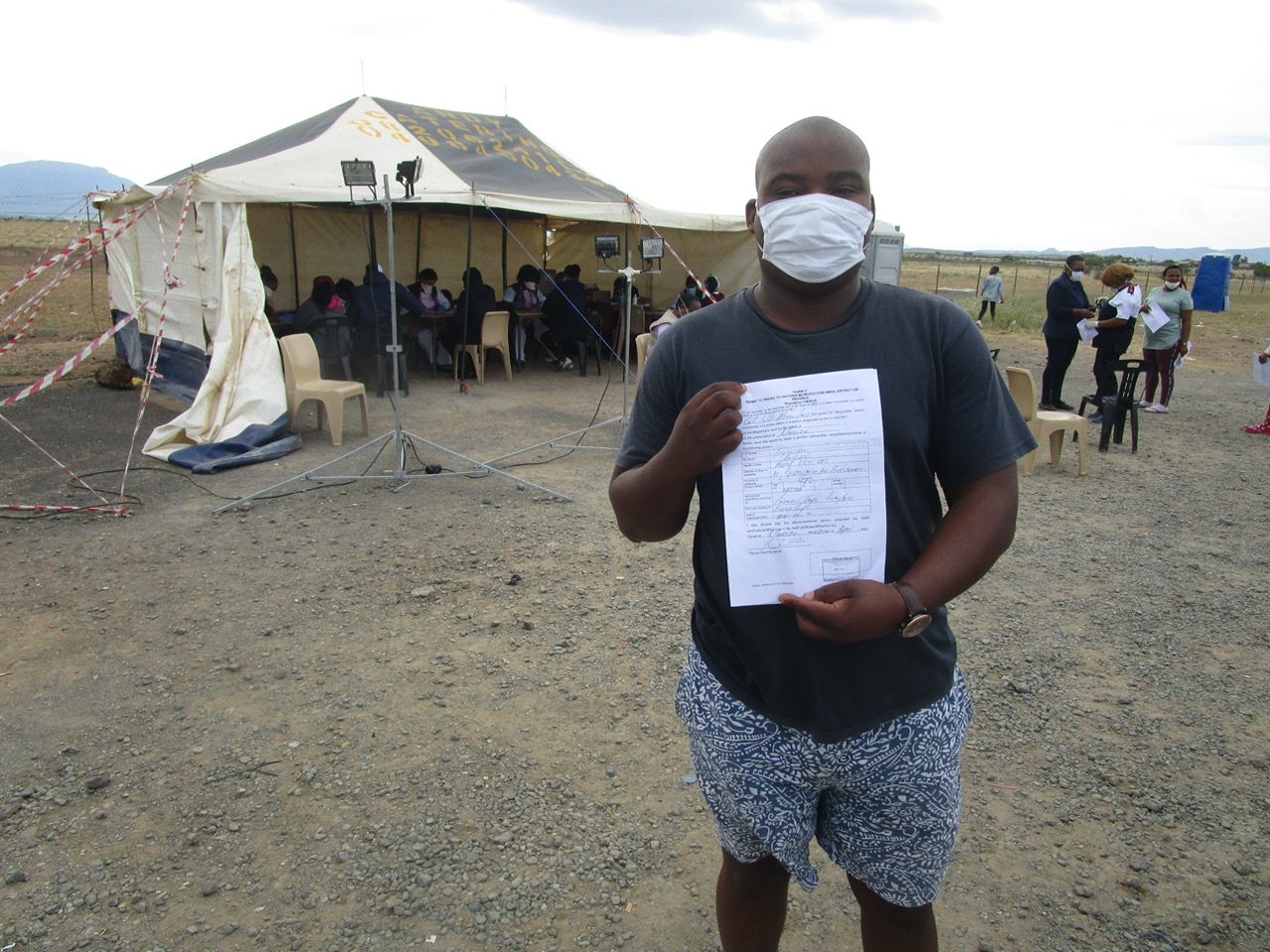 Buyisile Siyenga from Worcester with his permit. Photo: Sue Shaw