‘Gem of the Karoo’: History of a phrase

Graaff-Reinet - The 'Gem of the Karoo'

GRAAFF-REINET NEWS - In my small collection, I have two booklets publicising the virtues of Graaff-Reinet, ‘Gem of the Karoo’. The first was published in 1928 by the Publicity Association and the South African Railways; the second dates from 1953.

Curious as to the origin of the epithet, ‘Gem of the Karoo’, I decided to do some research.

I started out with Oxford University Press’s A Dictionary of South African English on Historical Principles (1996) which carries the following entry:

1. Freq. in the phrr. Gem of the Karoo, or (formerly) Gem of the Desert. A nick-name given to the town of Graaff-Reinet, in the Karoo. …

The first known occurrence of a related phrase applied to Graaff-Reinet comes from John Centlivres Chase’s book, The Cape of Good Hope and the Eastern Province of Algoa Bay, published in 1843:

The discouraging appearance of this district to travellers in search of the picturesque has … the one advantage that it acts as a foil to the beautiful and extensive town situated at the foot of the Snewberg, also named Graf Reinet, the capital of the county. The vast contrast it exhibits in its fertility and liveliness of appearance (upon which the visitor stumbles unexpectedly and at once) compared with the immense and weary plains he has left behind has caused it to be called, in the homely diction of the inhabitants, ‘the pearl upon a dunghill’.

Mercifully, ‘Pearl upon a dunghill’ is a phrase that did not catch on. In 1855, a local poetaster had the following lines published in the Graaff-Reinet Herald:

He who quits his dear home, to settle elsewhere,

Enjoyment or a fortune to get.

Both may readily find, with truth I declare,

In the desert’s bright gem - Graaff-Reinet.

Is this the earliest occurrence of ‘Gem’ applied to Graaff-Reinet? Does a reader perhaps know of something earlier?

Hail! gem of the desert in slumber reposing

The dark hills thy cradle, soft verdure thy bed

The breeze from the kloof richest perfumes disclosing

‘Gem of the Desert’ seems to me a marked improvement on ‘Pearl of the Dunghill’. By 1875, the expression was well-established. In that year, John Noble’s Descriptive Handbook of the Cape Colony appeared with the following regarding Graaff-Reinet:

Nearly all [of the houses] have vineyards, gardens, or orchards, or some spot of greenery attached to them. These give the town a very pleasing appearance, and its marked antithesis to the surrounding Karoo plains obtained for it long ago the appropriate title of the ‘Gem of the Desert’.

An 1883 article in The Jewelers’ Circular and Horological Review gives a glowing description of our town:

The lovely town of Graaff-Reinet [is] not unaptly named ‘gem of the desert’, because, with its admirable gardens, in which, ‘within its dark green leaves, bright oranges do glow’, it appears like a jewel in the midst of the disconsolate brown and gray of the surrounding heights …

And in Kloof and Karroo: Sport, Legend, and Natural History in Cape Colony (1889) H. A. Bryden writes:

We could at length behold the quaint and delightful town that lay before us basking in the clear spring sunshine. Lapped in peaceful repose, clad in verdure, backed by the towering masses of the mighty Sneeuwberg, beneath which it nestles, and having an abundant water supply from the river as it runs by, well has it been christened by travellers of old ‘the gem of the desert’. For to the wanderers wearied by drouthy, baking, summer treks across the burning karroos that everywhere encircle it, this, to my mind, the most charming and characteristic old Dutch town in all South Africa, must have seemed a veritable paradise.

Bryden visited the town in the early 1880s. Already then he could say that ‘travellers of old’ had applied the expression ‘Gem of the Desert’ to Graaff-Reinet. Apparently, the precise origin of the phrase was already lost. So, we may never know who it was that coined the phrase. But we do know that it has an unbroken history stretching back more than 160 years.

By the end of the nineteenth century, the expression had morphed into ‘Gem of the Karoo’. Longman’s Geographical Reader for South Africa (1894) applies that expression to Graaff-Reinet and adds: ‘It well deserves the name, being one of the most beautiful, healthy, and agreeable of South African towns.’

For all its lamentable present-day faults, our town remains a ‘Gem’. 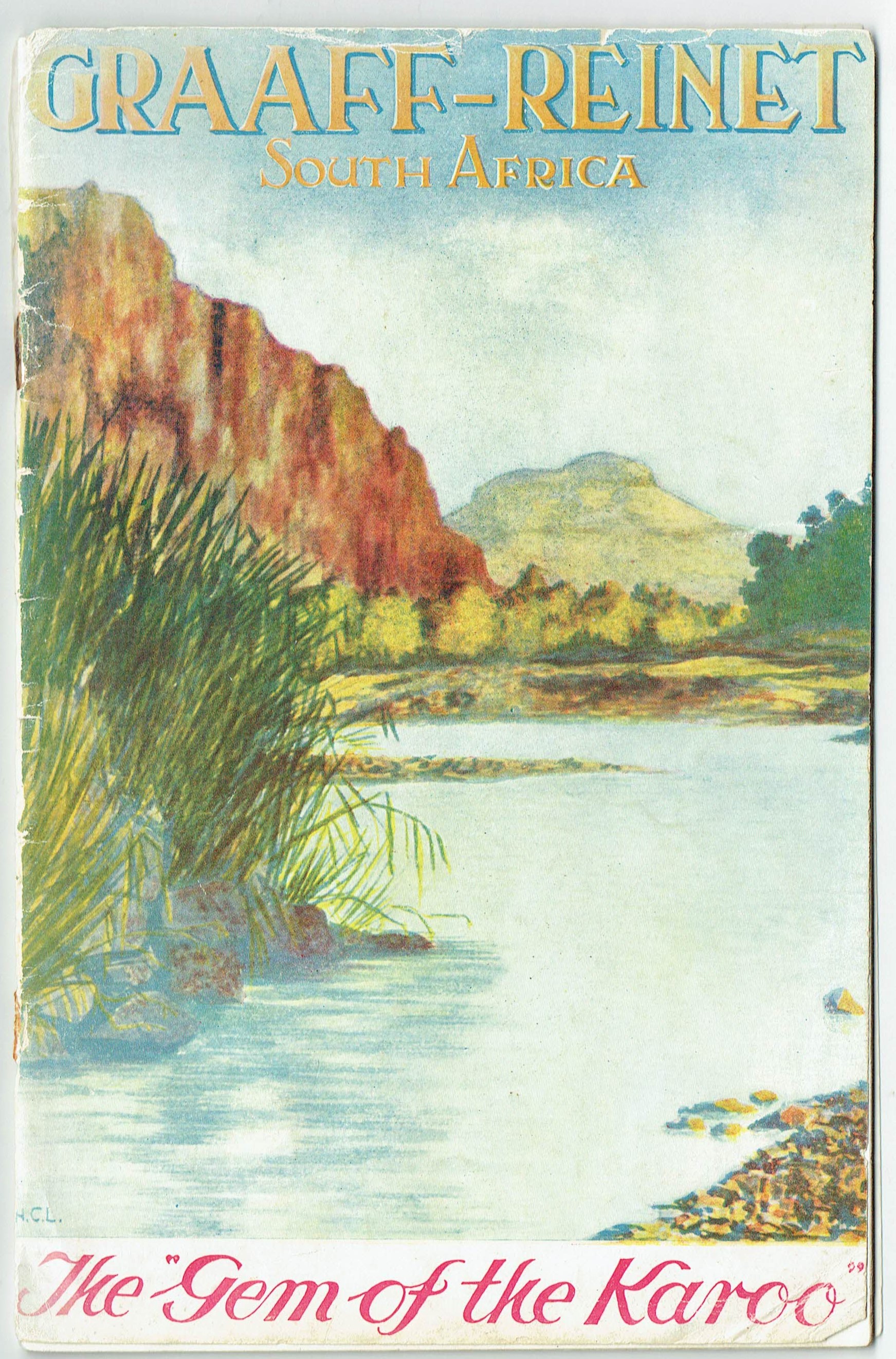 Read more about: gem of the karoo graaff reinet