Burns, fresh from his hundred in last week's drawn first Test at Lord's, was 32 not out, with Sibley 31 not out on his Warwickshire home ground.

CRICKET NEWS - England openers Rory Burns and Dom Sibley ensured the hosts made a sound if cautious start to the second and final Test against a much-changed New Zealand, reaching 67-0 at lunch on Thursday's first day at Edgbaston.

Burns, fresh from his hundred in last week's drawn first Test at Lord's, was 32 not out, with Sibley 31 not out on his Warwickshire home ground.

England captain Joe Root won the toss and batted despite the overcast conditions that appeared to favour his attack, once again without a specialist spinner.

New Zealand made an exceptional six changes from Lord's, with the Black Caps clearly conscious of wanting to field their strongest team for next week's inaugural World Test Championship final against India at Southampton.

Three were injury-enforced, however, with captain and star batsman Kane Williamson (elbow), spinner Mitchell Santner (cut finger) and BJ Watling, whose withdrawal due to a back problem was only announced shortly before the toss, all missing.

Their places were taken by Will Young, Ajaz Patel and Tom Blundell respectively.

But spearhead quick Tim Southee, all-rounder Colin de Grandhomme and towering paceman Kyle Jamieson were all apparently rested ahead of the showpiece match with India.

Experienced left-arm seamer Trent Boult, back in the team after family leave, and Matt Henry took the new ball in place of Southee and Jamieson, with Daryl Mitchell replacing de Grandhomme. 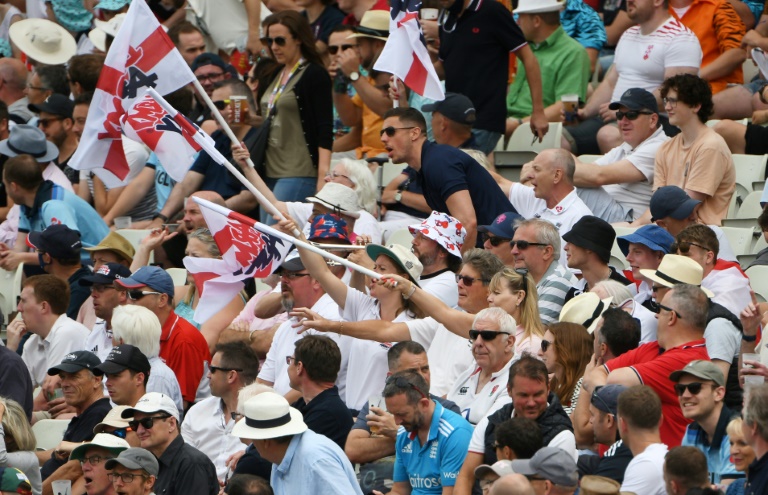 Fans out in force again - Spectators watch the action during the first day's play in the second Test bewteen England and New Zealand at Edgbaston.

England made one change, with fast bowler Olly Stone replacing Ollie Robinson who, following a successful on-field Test debut at Lord's, was suspended from international cricket after the emergence of historic racist and sexist Twitter posts.

Despite the furore over Robinson's tweets, both teams again stood for a 'moment of unity' before play designed to show their opposition to discrimination within cricket.

And they were roared on to the field by a crowd of some 17,000 - two-thirds of Edgbaston's capacity - compared to the 7,000 permitted at Lord's, as part of the British Government's easing of coronavirus restrictions.