The Garden Route was at the top of the list with the most infections per 100 000.

KAROO NEWS - Research released by Media Hack* on Monday shows that the Sarah Baartman District, which includes the Dr Beyers Naude Local Municipality, and the Garden Route District, are two of four districts that recorded the highest number of cases per 100 000 people as of 13 January.

The other two districts are Buffalo City and Nelson Mandela Bay.

The Garden Route was at the top of the list with the most infections per 100 000.

Gauteng leads the country as the province with the highest total number of infections, but at 2 414 infections per 100 000, is only 5th on the provincial list when it comes to population ratio.

The cumulative total of Covid-19 cases for the Dr Beyers Naudé Local Municipality stands at 3 804 as at 17 January. A total of 3 611 people have recovered.

Thirty-four additional fatalities have been reported since 5 January, bringing the total amount of fatalities in the municipal area to 119.

The number of active Covid-19 cases in the area has decreased to 74, according to the latest report from the Department of Health. The breakdown of active cases per town in the region as at 17 January is as follows: Vaccine
The good news is that the latest statistics show that the second Covid-19 wave is starting to subside. Good news indeed, as there is great concern about how long the average South African will have to wait to access a vaccine.

On Wednesday News24.com disclosed that in a leaked phone call, a Pfizer employee revealed the company tried repeatedly to get in touch with SA health officials over a period of several months after an initial meeting in July 2020.

News 24 said it was only late last year that government showed urgency around vaccine talks.

President Cyril Ramaphosa says South Africans has nothing to worry about as government has sufficient funds to procure the vaccines. It is however possible that increased taxes are on the cards and the increase is set to be discussed this weekend.

The DA called for total transparency of the vaccine procurement process and plans, failing which, it will take government to court.

* Media Hack is a group of journalists who specialise in data-driven and narrative journalism. They have been tracking Covid-19 trends and statistics since the virus entered South Africa. 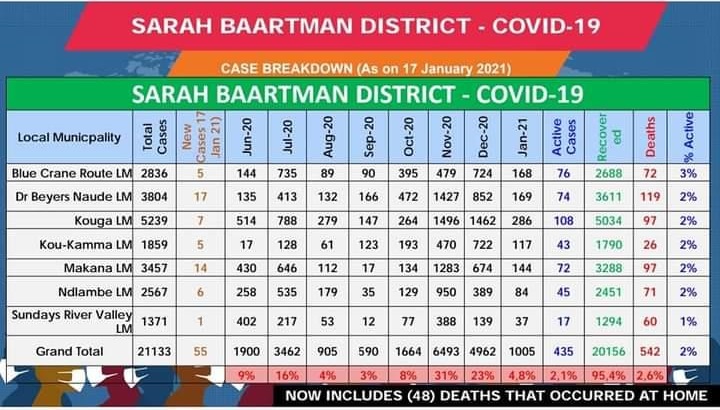 What is your preference for dessert?